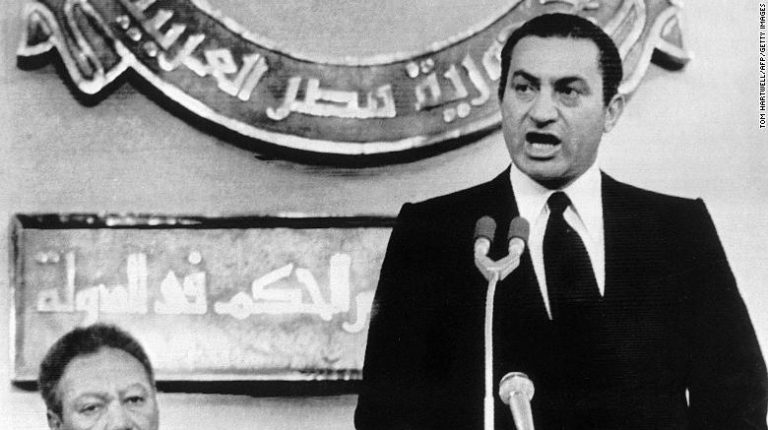 Last week, Egypt bid farewell to its longest-serving president Hosni Mubarak who passed away at the age 91. Mubarak ruled for 30 years and was ousted by the Arab Spring’s 25 January 2011 revolution. There are several incidents that shaped this period and the nine years that followed his ouster.

Mubarak survived an assassination attempt by Islamist militants against former president Anwar Sadat in October 1981, sitting beside him during the 1973 War celebrations. Later, he took the office after a referendum.

A military funeral was held for Mubarak last Wednesday, despite being convicted along with his two sons, Alaa and Gamal, over charges of seizing public funds by embezzling money specified for the presidential palace. 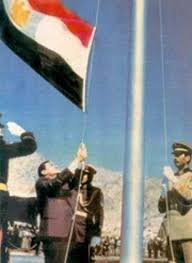 Mubarak’s first worst domestic crisis was on 25 February in 1986 when about 17,000 Central Security Forces conscripts began a rebellion over their conditions and following “a rumour” that the term of service for their military service would be extended from three to four years.

Conscripts from two camps in Giza stormed and burned various buildings and shops, including the Jollie Ville Hotel, the Haram police station, the Holiday Inn, the Sphinx Hotel, and the Mena House Hotel. The soldiers also burnt hotels, nightclubs, and restaurants.

An emergency state was declared, and a curfew was imposed in Cairo, Giza, and Al Qalyubia governorates. The armed forces were deployed to the streets and trapped the rebel soldiers, and the rioting was quickly contained.

At this time, Mubarak’s government said that about 107 people were killed, while the number might be more. A large number of soldiers were also arrested.

Following the events, Mubarak showed up in a live state television speech and said, “a few perverts committed violence, riot, and burning, which is considered treacherous stab to the path of (Egyptian) people.”

Mubarak said some camps in Giza, Cairo, Al Qalyubia, Ismalia, Assuit, and Sohag witnessed similar riots which resulted in destroying buses, cars, and hotels, as well as breaking into Tora prison and free some inmates.

In March 1989, Taba, the last pocket of the Sinai Peninsula, which was occupied by Israel in 1967 War, was recovered. In 1986, Egypt resorted to international arbitration and the judges ruled in Egypt’s favour. 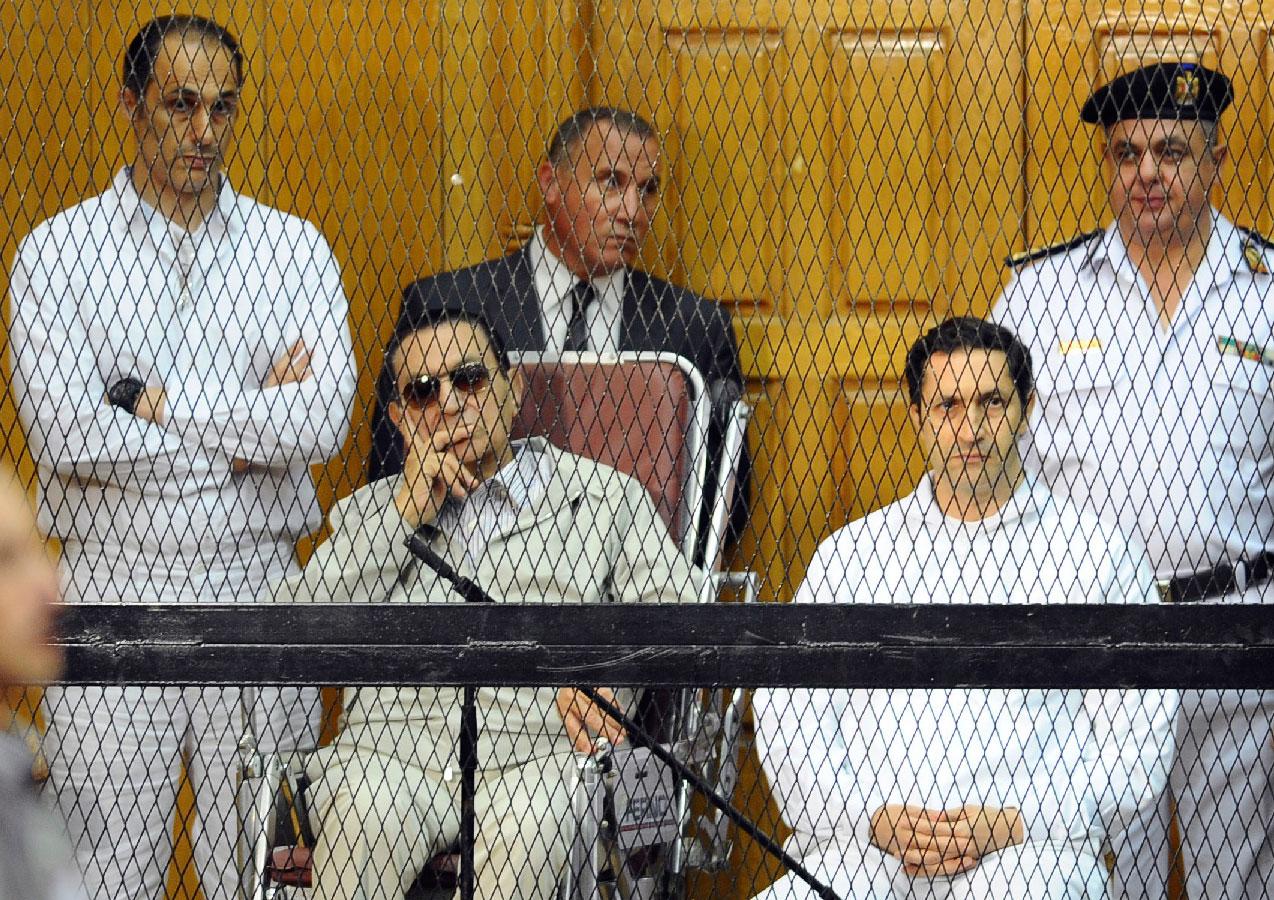 Under Mubarak’s rule, Egypt returned to the Arab League after its membership was frozen due to the signing of the Camp David Accords in 1978.

Islamic extremism in the 1990s

One of the main challenges that Mubarak’s regime faced was Islamist extremism that increased in the 1990s. The worst terrorist attack was in 1997 in Luxor, in which 62 tourists were killed at Egypt’s Deir el-Bahri archaeological site.

Six militants from Al-Jama’a Al-Islamiyya, security forces said, went down on the temple armed with automatic machine guns and knives. The interior minister at that time Hassan Al Alfi, was dismissed by Mubarak.

Even in the 2000s, terrorist attacks on locals and tourists continued. In 2004, a serious of bomb attack was carried on tourists in the Sinai Peninsula, killing 34 people and injured 171 others. A year later, a series of bombs planted in the resort city of Sharm el-Sheikh killed 88 people and injured 150.

Mubarak supported Kuwait in the Arab Gulf War in 1991. He helped organising the coalition of Arab armies with the support of the United States to kick off Iraqi President Saddam Hussein out of Kuwait.

Mubarak sent military support for Kuwait, and the Egyptian forces were among the first troops which took part in the war. Due to Egypt’s support, the United States and its allies had forgiven half the $20.2bn of Egyptian loans.

In 1995, Mubarak survived an assassination attempt when gunmen ambushed his motorcade upon his arrival in Addis Ababa, Ethiopia.

In 2005, Mubarak asked the parliament to amend Article 76 of Egypt’s Constitution to open the doors for registered parties to nominate a candidate in the presidential election.

In 2005, he easily won Egypt’s first multi-candidate presidential election, securing a fifth consecutive term, with more than 88% of the vote. However, opposition candidates and independent monitors condemn “widespread irregularities” at the polls. Before that, he was re-elected in unopposed referendums in 1987, 1993, and 1999. 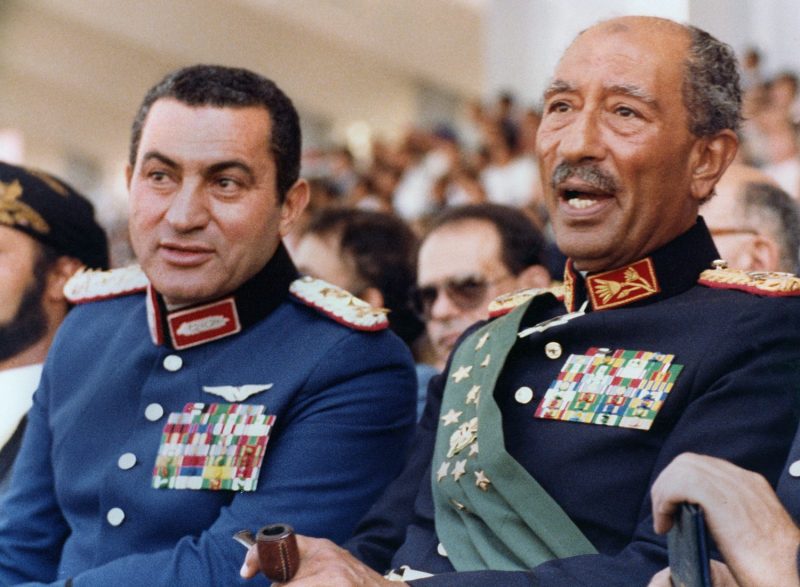 In 2005, a demonstration was organised by anti-government movement called Kefaya (Enough) against potential succession plans of Gamal Mubarak.

Gamal was number two in Egypt’s ruling National Democratic Party (NDP), and he is believed to be the de facto ruler of Egypt at the time.

The NDP won 420 out of 508 seats in the parliament in 2010. Human rights and opposition accused the regime of forging the vote and intimidating of voters. But the government said the vote was fair.

Mubarak was ousted in 11 February 2011 after 18-day of nationwide protests against his rule in what was known as the Arab Spring uprisings. The Egyptians protested against the spread of poverty, unemployment, corruption, torture, and repression.

Despite promising not to contest the forthcoming presidential election, protesters insisted on their demands, forcing him to step down. 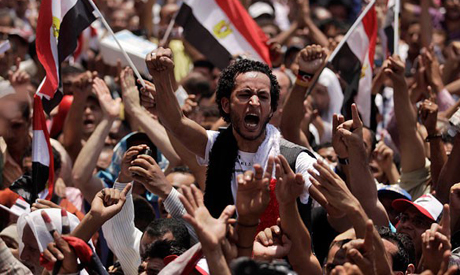 Mubarak and his sons Alaa and Gamal were arrested in April 2011 under the pressure of continuing protests to bring them to justice over charges of corruption and the killing of protesters.

Mubarak was jailed for years and was sentenced to life in prison over charges of complicity in the killing of hundreds of protesters during the 25 January revolution.

In March 2017, he was cleared from the conviction of ordering the killing of at least 846 people were killed and more than 6,000 injured during the popular uprising.

2015: Convicted in the presidential palace case

Mubarak and his two sons were convicted in May 2015 on charges of seizing public funds by embezzling money specified for the presidential palace.

The court also fined them EGP 125m, the amount of money seized by the defendants by forging the presidential budget in official statements. They were also forced to pay EGP 21m back to the state.

A military funeral was held for Mubarak with the presence of President Abdel Fattah Al-Sisi, top military officials, ministers, as well as Mubarak-era figures such as Ahmed Ezz, Zakaria Azmi, and Hisham Talaat Moustafa. Soldiers congregated at the mosque, where cannons stood ready for a 21-gun salute to bid farewell to Mubarak.

Dozens of Mubarak’s supporters were seen outside the fence of the mosque, holding posters of his photo with words written “goodbye president,” and waving to the jet that carried his body.

Military funeral for Mubarak, foreign leaders thin on the ground