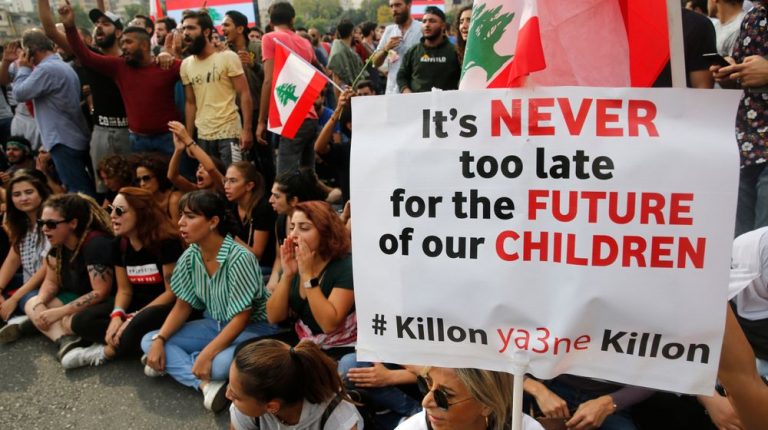 Over the past 12 months, citizens of many countries across the Middle East and North Africa have turned to streets against corruption, unfair distribution of wealth and declining economic conditions, demanding the toppling of their governments and aspiring for better living conditions.

Countries such as Lebanon and Sudan have voiced their anger against their regimes that allowed a handful of people to control the country’s resources over the years, and stripped their citizens off their rights in a decent life.

The recent uprisings in the Middle East and North Africa have come in the footsteps of the Arab Spring revolutions that were led by Tunisia and had a domino effect across the Arab region. 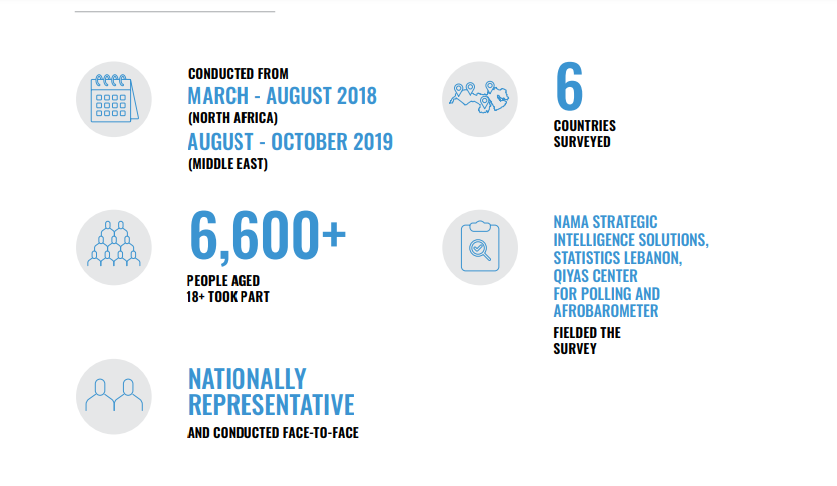 Fighting corruption is among the main demands of every time protesters across the world.  Each year, the world marks the International Anti-Corruption Day on 9 December, viewing corruption as “a serious crime that can undermine social and economic development in all societies.”

For this event, Berlin-based global movement Transparency International (TI) issued the 10th edition of the Global Corruption Barometer (GCB) – the Middle East and North Africa. The report surveyed more than 6,600 people and a set of public opinion data on citizens’ views on corruption and direct experiences of bribery in six countries across the region: Jordan, Lebanon, Morocco, Palestine, Sudan, and Tunisia.

The report showed that “most citizens think corruption is increasing and that their governments are not doing enough to tackle the problem”. It also showed that “the police is still the institution most likely to take bribes.”

Moreover, the research disclosed that people offered bribes in exchange for votes in national, regional, or local elections.

It also found that “an alarming number of citizens are coerced to provide sexual favours in exchange for public services, such as health and education, in a practice known as sexual extortion or “sextortion” in Jordan, Lebanon, and Palestine.

“Evidence indicates a gender bias that particularly affects women. Some women are coerced into providing sexual favours to receive public services, including health care and education,” the research noted.

The highest sextortion rate is in Lebanon, where 23% of people experience sextortion or know someone who has, followed by Palestine at 21% and Jordan at 13%.

Meanwhile, people in Jordan, Lebanon, and Palestine also “experience vote-buying and threats of retaliation if they do not vote a certain way and spread fake news.”

Yet, vote-buying is highest in Lebanon, as 47% of citizens are bribed in return for their vote, while 28% receive threats if they do not comply.

“In Jordan, 59% of citizens believe that fake news spreads frequently to influence election outcomes, while many in Lebanon and Palestine believe the same (58% and 39% respectively).”

Meanwhile, 44% of people think most or all parliamentarians and government officials are corrupt.

The research also showed that “one in five citizens who accessed public services, such as health care and education, paid a bribe in the previous year.” More than a third in Jordan, Lebanon, and Palestine used their personal connections, which is known as “wasta” to get the services they needed.

Despite these rates, people across the region are still hopeful and 50% believe that ordinary people can make a difference to fight corruption, the research showed. 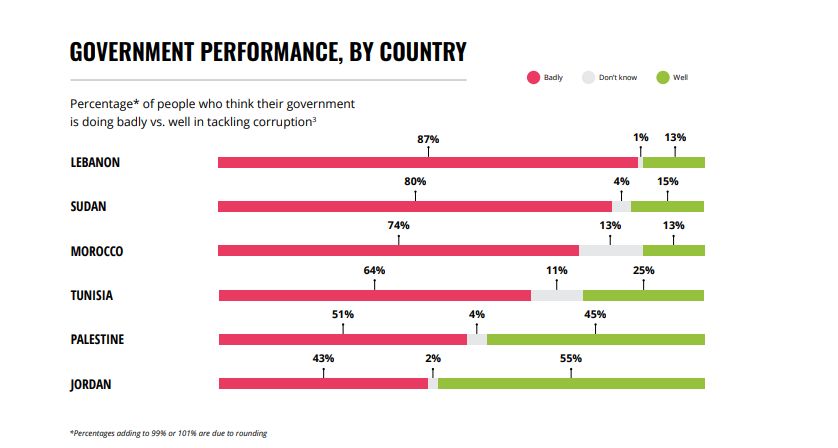 Corruption on the rise

However, Jordan was the only country where the majority reported being satisfied with how democracy functions in their country, with 65%.

A total of 83% of citizens think government corruption is a big problem, while only 16% think corruption is no problem or a small problem.

On citizens’ trust in their government, the majority of Lebanese citizens have little or no trust in the government (80%), the courts (72%), or the police (59%).

However, the Jordanian government, the police, and the courts enjoy relatively high levels of trust, with 60% of citizens having trust in the government, 70% in the courts, and 87% in the police. 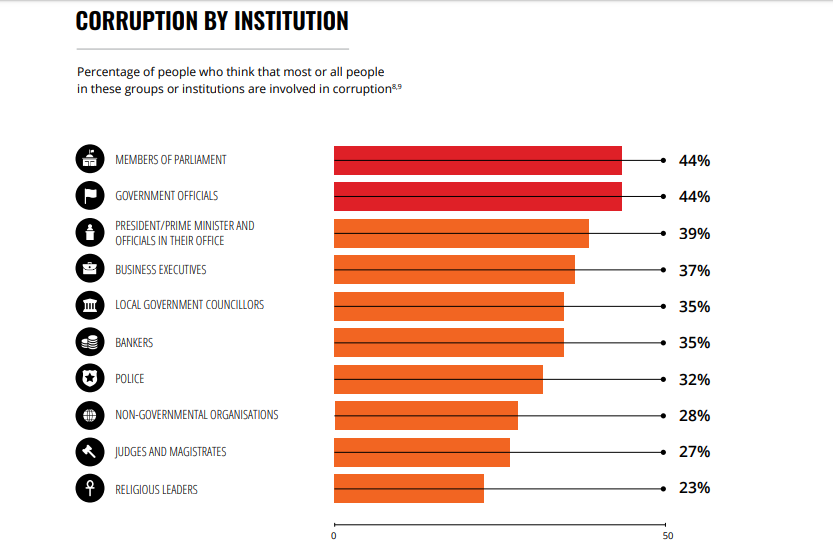 Of all citizens surveyed, 78% said they had contacts with at least one public service including, the police, the courts, health care, schools in the previous 12 months. Of these, more than 22% paid a bribe for basic services such as health care or education.

According to the research, the police have the highest bribery rate with 22%, making the public service most likely to demand and receive bribes.

It also showed that courts and public utilities, such as water and electricity, are the public services for which citizens are most likely to use their personal connections.

The GCB published seven recommendations for governments of the six countries surveyed and others to fight corruption and regain their citizens’ trust.

It advised governments to ensure elections are held periodically in a competitive, fair, and transparent environment, as well as enforce sanctions against vote-buying.

Governments should engage civil society and protect activists, whistle-blowers, and journalists in monitoring and exposing corruption, the GCB noted, adding that the current crackdown on political dissent, free speech, and press must end.

Furthermore, governments must enforce a system that eliminates and criminalises the use of personal connections (wasta) to ensure equal access to the services. It also recommended raising awareness about (wasta) as a form of corruption to combat current social norms.

It added that governments must deliver and publicly report on their anti-corruption commitments, including the UN Convention against Corruption (UNCAC).

Meanwhile, the governments must ensure the separation of powers and a democratic system of checks and balances, as well as an independent judiciary.

Governments also must recognise sextortion as a form of corruption and adopt gender-inclusive anti-corruption laws and accountability measures, the GCB highlighted.