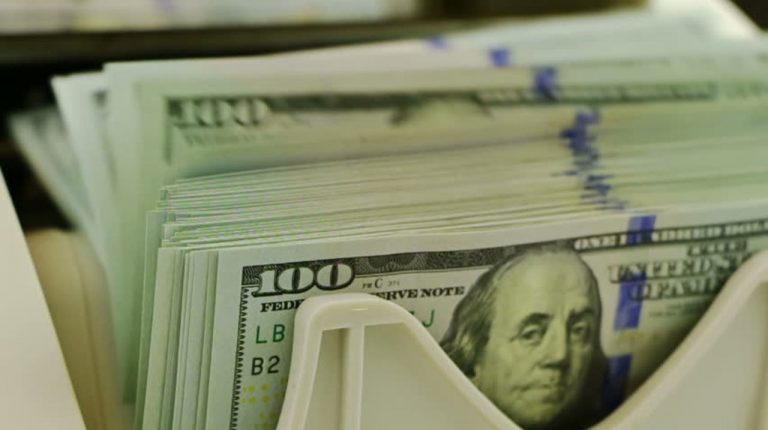 The US dollar continued to decline on Tuesday, below EGP 16, reaching EGP 15.98 to buy and EGP 16.08 to sell on average at banks on Tuesday, according to the Central Bank of Egypt (CBE).

The American currency declined on Monday against the Egyptian pound in the domestic market, breaking the EGP 16 barrier to EGP 15.99 to buy and EGP 16.09 to sell on average at banks, marking its lowest level since February 2017, according to the CBE’s data.

The value of Egyptian pound has risen 10.1% against the US dollar since the beginning of the year.

The exchange rate at Abu Dhabi Islamic Bank registered EGP 16.01 to buy and EGP 16.09 to sell.

Daily News Egypt dug into the reasons behind this decline in the US dollar against the pound, interviewing investment banks’ analysts and economists, banks, and research centres to know their expectations for the US dollar price in 2020.

Reasons behind the Egyptian currency’s appreciation against US dollar

Agreeing with El-Swaify, banking expert Mohammed Badra, and Khaled El Shafie, head of the Capital Center for Economic Studies and Research (CCESR), stated that the US dollar’s decline came as a result of growing hard currency flows from variable sources, especially tourism, remittances, and exports, which were reflected in the rise of the Egyptian pound.

Meanwhile, Yehia Aboul Fotouh, deputy chairperson of the National Bank of Egypt, attributed the rise of the Egyptian pound against the American currency to the increase in the hard currency inflows.

Moreover, Mohamed Abdel Aal, a board member of the Suez Canal Bank, said the recent decline in the price of the US dollar is due to the continued improvement in economic indicators of the country, which in turn has led to an improvement in foreign exchange flows from its traditional sources, such as tourism, remittances, and the Suez Canal revenues.

El Shafie also believes that the US dollar decline is considered a normal result of the economic reform programme adopted by the Egyptian government, expecting that the Egyptian currency will further strengthen in the coming period.

Furthermore, he mentioned that the American exchange rate is determined in banks according to the mechanism of supply and demand.

“We must know that the dollar is like any commodity in the market, subject to supply and demand, and then any increase in its demand leads to an increase in its price, and vice versa,” El Shafie stated.

US Dollar vs Egyptian pound in 2020

“We continue to see all odds in favour of a stronger EGP, with limited fluctuations, as demand gradually recovers. We believe there is no pressure on the local currency, a stance we expect to continue throughout 2020, with healthy limited fluctuations within the EGP 16 range,” Aliaa Mamdouh, director of Macro and Strategy at Beltone Financial.

“This is crucial, in our view, to support the CBE’s inflation target and monetary easing cycle,” she assured.

Nevertheless, she mentioned that Beltone views all economic policies have geared toward maintaining a stronger currency, yet without any sort of intervention in the market, but rather through efforts to support the FX revenue stream from tourism and portfolio flows.

She noted that the positive sentiment and consumer confidence created with this strength in the EGP should reduce dollarisation, thereby supporting the fundamental reasons for the continuation of this trend for a longer time.

She pointed out in the Beltone’s MENA outlook “Mastering the Track” issued in November, that the EGP to appreciate within the EGP 15.9 and EGP 16 /$1 range.

Agreeing with El-Swaify, the banking expert Mohammed Badra told Daily News Egypt that on average the US dollar price will range between EGP 16 and EGP 16.5 during the next year.

Badra assured that maintaining this level of foreign exchange during the next year is important for reviving local tourism’s competitiveness with other markets and exports.

Disagreeing with Mamdouh, El-Sawify, Badra, and Abdel Aal, expected the dollar to continue its decline to EGP 14 by 1Q2020.

El Shafie also expected that the dollar will continue declining in 2020 reaching about EGP14 but before 2020 end.

Abdel Aal predicted that the FX reserves will continue to stabilise to cover Egypt’s imports for a period of nine months, which is an important factor for the stability of the exchange rate.

He stressed that despite the low-interest rates, the yield on debt instruments is still much greater than other emerging currencies, which helps to continue the flow of indirect foreign investment in Egyptian public debt securities.

US dollar exchange falls to EGP 16, the lowest since February 2017