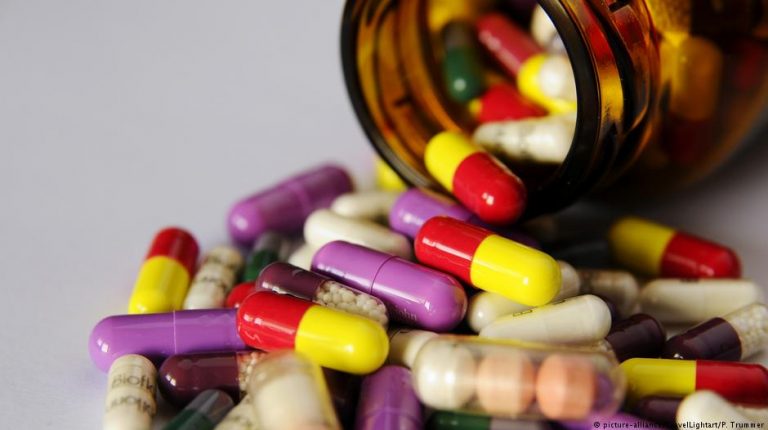 Amr Morsy,  managing director of the Tenth of Ramadan Company for Pharmaceutical Industries and Diagnostic Products (Rameda), said that his company is going to manufacture new products during the next year 2020 that treat the digestive system, central nervous system and new antibiotics for young and old patients, as well as supplements and modern medicines for diabetes.

He pointed out that his company is currently focusing on launching new products and registering others to increase the market share, to become one of the major pharmaceutical companies in the Middle East and Africa, noting that it is currently completing the registration of  350 pharmaceutical compounds, of which selected ones will be launched in the coming years, adding that most of these products are in chronic emerging therapeutic areas with potential rapid growth.

Morsy pointed out that the company intends to use the net proceeds of the Subscription to fund the Group’s operational expansion, principally through molecule acquisitions but also through selective and opportunistic company acquisitions.

The company is also working on launching new products, as the company aims to offer between 12 to 15 products annually and make the most of the manufacturing capabilities available at its factory to increase local sales and export.

The company’s expansion is also focused on boosting its export volume by storming new export markets on the African continent such as Sudan and Niger.

Morsy praised the role of the Ministry of Health in removing obstacles facing the pharmaceutical sector in Egypt and welcoming and discussing any complaints or proposals, and that the recent price increases that were approved had a role in improving the conditions of pharmaceutical companies, Morsy also referred to the fast track registration system which was introduced by the Ministry to accelerate the process.  In general, Morsy praised the attractiveness of investment in the pharmaceutical sector, which achieves high growth rates that exceed those of other various economic sectors, as it exceeds 25%.

Morsy pointed out that his company has implemented investments worth EGP 500m since its acquisition in 2011, and pumped EGP 240m of it during the last 3 years, in order to increase production capacity 1.6 times. The expansions made by the company included the introduction of new production lines and machinery in the cephalosporin injectable, Blow Fill Seal and lyophilized injectable production areas, resulting in significant capacity increases. In the cephalosporin injectable production area, a second production line has been installed which is expected to reduce the potential risk of downtime associated with operating a single line. The new BFS line increased the Group’s capacity to produce products utilizing this technology by nearly four times. The new production area for lyophilized injectables contains two new production lines, which are among a limited number of such production lines in operation in Egypt and which the Directors believe will enable the company to satisfy excess demand and offer toll manufacturing services at relatively attractive prices. The company has also

recently introduced automated packaging for its eye drops and cephalosporin production lines to improve efficiency and reduce costs. All of these improvements and capacity increases have been fully funded. In December 2018, the Group completed the installation of a new water purification system to accommodate the increased production capacity resulting from the recent expansion and upgrade of the facility as well as an upgrade of the existing water station and associated utilities plant. The new water purification system increased the Group’s capacity for the production of purified water from six cubic meters per hour to ten cubic meters per

He emphasized that the roadshow meetings of the company’s offering on the EGX, which included various countries in the world, including London, America, South Africa, and the UAE, revealed the volume of investor interest in the Egyptian drug market, and that it is witnessing great growth rates compared to Africa and the world thanks to the high population in Egypt. He expected that the pharmaceutical industry would witness a significant growth in the future, with the expected increase in the population, as well as the launch of a comprehensive health insurance system in addition to the 100 Million Screening program, all provide many opportunities for market growth, and higher awareness of citizens to spend on health care.

Rameda succeeded in covering the public offering of its shares 36.3 times, and the company offered about 49% of its shares on the Egyptian Exchange to raise up to EGP 1.755bn to start trading the stock on 11 December and it is considered to be the largest IPO since 2016.

The offering is divided into two tranches, the first is a public offering for small investors, representing 5% of the offering, and the second includes the remainder in the form of a private placement at the share price of both tranches of EGP 4.66 per share.

Rameda was established in 1994 and owns 20 production lines and three completely independent factories and markets 97 products in 2018 and works in 6 treatment areas. Gravel Investments Limited in the British Virgin Islands is the owner of the company.

Rameda acquires one of best-selling generic NSAIDs in Egypt