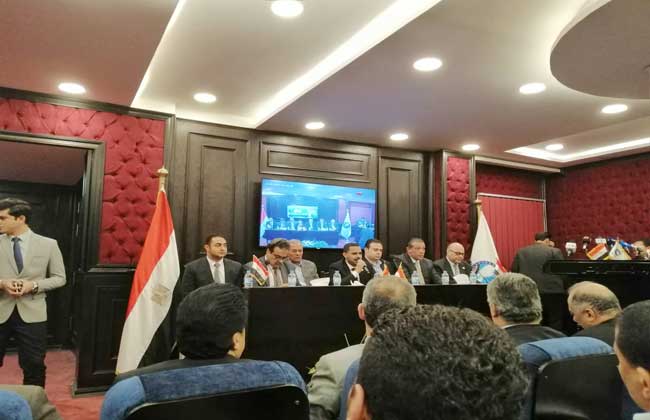 The Nation’s Future Party, headed by Ashraf Rashad, hosted the second session of the “National Dialogue of Egyptian Parties”, on Tuesday, to discuss creating a new electoral system in attendance of other political parties.

At the session, the parties discussed their vision of their electoral benefits as well as how to engage with the general public to enrich political life in the country.

Ashraf said that that main aim of the move is to consider all observations of the parties in the preparation of bills in the parliament of those related to elections.

He added that “during the coming period we will expand the circle of parties and there will be more parties involved and during the next sessions there will be more topics included in our discussion. We are not meant to agree on all steps but at least reach a common vision.”

Politicians discussed, during the session, upcoming electoral benefits, especially the laws of the house of representatives and the senate, in addition to the law of the division of districts and elections of local councils, as well as issues raised within the parliament and concerns of the citizen.

Abdel-Hadi Al-Qasabi, Vice-President of the Nation’s Future Party, said that the session marks the beginning of enriching the political life again and that this meeting will be the beginning of other sessions with other parties.

Al-Qasabi also said that the political arena in Egypt is open to all, and there is a need to create a space of consensus on national issues of interest, alongside having strong parties coexisting with the economic and social issues.

Parties that attended the dialogue include the Conservative Party, the Reform and Development Party, the Republican People’s Party, the Egyptian Social Democratic Party, Justice, and Al-Ghad (tomorrow) Party.

The Nation’s Future Party, one of the more well-known parties for supporting state, has repeatedly called for other political parties represented in parliament and independent lawmakers to join what many believe will become a dominant force on Egypt’s political scene.