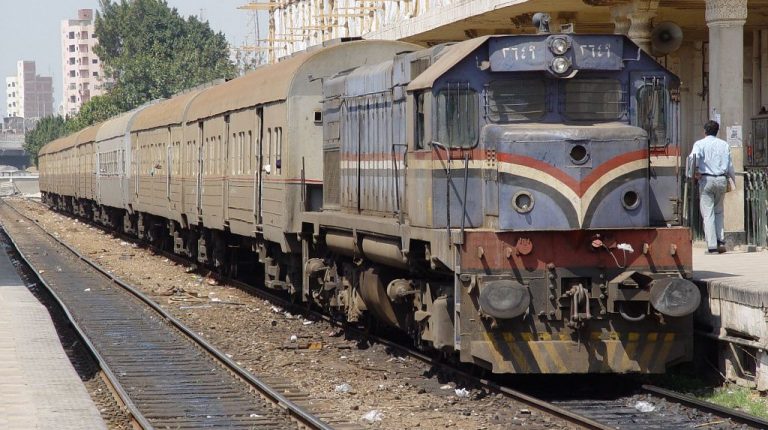 The head of Tanta’s prosecution Mohamed Faki on Tuesday decided to detain a train conductor for four days pending investigations after forcing two young men to jump from a train while it was moving when they did not pay for their tickets.

As a result, 23-year-old Mohamed Eid from Shubra El-Khaima, Qaliubiya was killed when his head was severed from his body after falling off the train, while the other 25-year-old is suffering injuries in his leg.

The prosecution charged the conductor with terrorizing the two passengers leading to murder as he forced the young men to jump instead of handing them to the police.

This came after the General Prosecution ordered the investigation of the incident on Monday and issued an arrest order for the conductor.

The incident went viral in Egypt on Monday on social media as several videos circulated showing the incident inside the train.

Egypt’s Minister of Transportation Kamel El-Wazir said in a televised statement that the incident occurred in the first-class air-conditioned carriage and they should have paid the cost of the ticket, however, this still not a justification for what happened.

Egypt’s Railways authority issued a statement quoting El-Wazir saying that he would not allow any negligence in the rights of any Egyptian citizens and that he was keen on preserving the lives of all citizens.

The statement also explained that during the trip of train “934” from Alexandria to Luxor on 28 October 2019, the conductor of the train demanded two passengers “to pay their tickets, but they refused”.

The statement added that while the train began to reduce its speed at Gharbia governorate train station due to some malfunctions in the signal system in that train station. The two men jumped while the train was on the move, leading to the death of one them and the injury of the other.