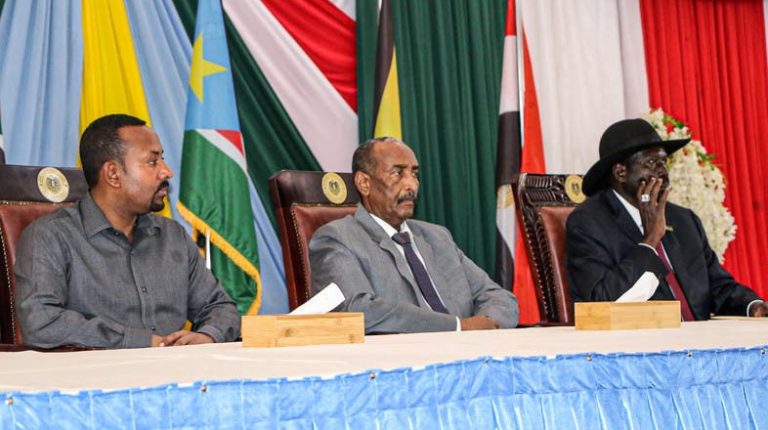 Peace talks between the Sudanese government and two major armed movements resumed on Saturday in southern Sudan after agreeing on Friday on a roadmap to promote efforts by the government to end multiple conflicts around the country.

Friday’s announcement came during peace talks between the government and multiple rebel groups, hosted by neighbouring South Sudan. Negotiations will continue over the weekend.

The peace talks were stalled after the Sudan People’s Liberation Movement-North (SPLM-N) threatened to withdraw from negotiations and accused government forces of bombing its areas.

The talks were partly suspended on Wednesday after the SPLM-N, a rebel group in the southern states of the Blue Nile and South Kordofan, accused Sudan’s paramilitary Rapid Support Force of occupying new areas and attacking and arresting traders

The government confirmed negotiations would resume on Saturday. “The government is ready to start discussions tomorrow on the three points agreed upon,” said Al-Taishi.

Sudan’s ruling council and rebel groups restarted peace talks last Monday to end years-long conflicts, a prerequisite for the United States to remove Sudan from its list of sponsors of terrorism.

South Sudan’s exiled rebel leader Riek Machar arrived in Juba on Saturday in a bid to salvage a peace deal before forming a new government with President Salva Kiir in less than a month.

The deadline for the formation of this government, in which Machar will serve as first vice president, has already been delayed once and is now set for November 12.

Abiy Ahmed: wide reforms, but some sceptic over unsettled issues