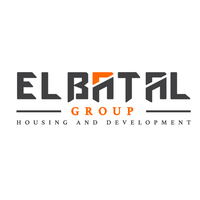 Housing and Development company El Batal Group announced that it will launch the largest residential compound in Cairo’s Sheraton Heliopolis this November.

This came during a field tour the company organized to some of its projects attended by El Batal Group’s CEO Emad Doss, a number of the company’s officials, media figures, and journalists to learn about the progress of construction works in its projects and see what has been achieved on the ground.

El Batal Group is a private sector developer in the Cairo’s Sheraton area. Their new project which includes 400 housing units, is to become one of the largest projects implemented in the area where the presence of residential compounds is low. The project features units ranging from 120 sqm to 200 sqm.

Doss said that they are working to obtain the licenses needed to start working on the project, adding that it will be implemented in the English architectural within a period of 30 months.

Doss revealed that the company raised its paid-up capital at the beginning of this year from EGP 1bn to EGP 1.5bn to implement its expansion plan in 2019.