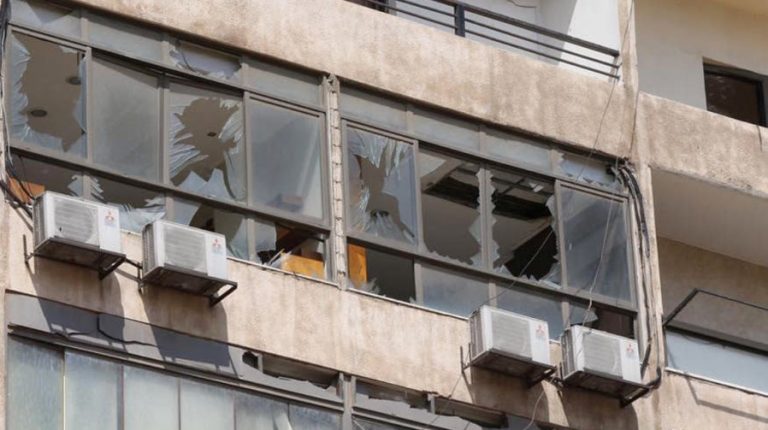 Israel launched air raids targeting Iranian military facilities in Aqraba, south-east of Damascus, Syria late on Saturday night, and was accused of carrying out a botched drone strike on the southern suburbs of the Lebanese capital Beirut.

Three fighters from Hizbollah, the Shiite Lebanese militia backed by Iran, were killed in the airstrike, according to the Syrian Observatory for Human Rights.

Although Israel carry out many operations in Syria, it rarely claims responsibility for the attacks. The Israel Defense Forces (IDF) announced on Twitter that its air force prevented “large-scale attack” on Israel by the “killer drones,” as its force launched strikes against the Iranian targets in Syria.

Prime Minister Benjamin Netanyahu declared that the Israeli forces will continue to “take action against Iran and its proxies for the security of Israel,” however, Syria announced that most of the Israeli rockets were destroyed before they could reach their targets.

Syria has condemned the attacks, rejecting Israeli claims about the presence of any Iranian forces in the country, according to the Syrian Arab News Agency (SANA). This was echoed by the Iranian Revolutionary Guards which denied that any Iranian targets had been hit by Israeli air strikes in Syria.

“This is a lie. Israel and the United States do not have the power to attack Iran’s various centres, and our military centers have not been harmed,” the Revolutionary Guards Major General Mohsen Rezaei was quoted by the semi-official Iranian Labour News Agency (ILNA).


A few hours after the strikes in Syria, the Lebanese army and Hezbollah said two Israeli drones violated the Lebanese airspace, in the first such incident in more than a decade.

The Lebanese army and Hezbollah said that the first drone fell in one of Hezbollah-controlled regions in the Lebanese capital Beirut, while the second one exploded near the ground early on Sunday, local media reported.

Although the Israeli military did not claim any responsibility for operating the drones, the Lebanese army said it had secured and closed the area around the vicinity of the drones crash near Beirut, adding that military police will hold an investigation.

A Hezbollah spokesperson told the official Lebanese National News Agency (NNA) that the second drone was loaded with explosives causing material damage in one of Hezbollah’s media centres.

Lebanese Prime Minister Saad Hariri condemned the incident, describing it as an “Israeli surveillance flights over Beirut,” adding that it will cause tensions to the region and affect its stability.

Hariri asserted that Israel’s actions are “considered as a clear violation of Lebanese sovereignty and on the UN Resolution 1701 that ended the war in 2006.”

Similarly, Lebanese President Michel Aoun also condemned the Israeli strike, adding that this incident was an  evidence of Israel’s “aggressive intentions” which threat “the peace in Lebanon and the region.”