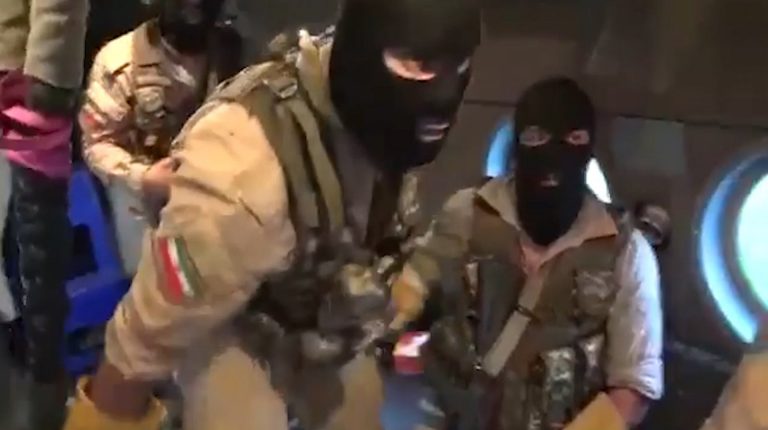 Iran called for the United Kingdom government on Sunday to stop its domestic political forces who want to escalate existing tensions between Tehran and London. Iranian ambassador to London Hamid Baeidinejad stressed that his country is ready for different scenarios.

The Stena Impero tanker was taken by the IRGC “at the request of Hormozgan Ports and Maritime Organisation when passing through the Strait of Hormuz, for failing to respect international maritime rules,” the IRGC announced.

The Iranian ambassador to London said on twitter, “UK government should contain those domestic political forces who want to escalate existing tension between Iran and the UK well beyond the issue of ships”.

“This is quite dangerous and unwise at a sensitive time in the region. Iran however is firm and ready for different scenarios,” he added.

The UK’s junior defence minister Tobias Ellwood, said on Sunday that Britain is considering several options in response to the seizure. Ellwood told Sky News that Britain will consult with its international allies.

“Our first and most important responsibility is to make sure that we get a solution to the issue to do with the current ship, make sure other British-flagged ships are safe to operate in these waters and then look at the wider picture,” he said, adding “We are going to be looking at a series of options …We will be speaking with our colleagues, our international allies, to see what can actually be done.”

On Saturday night, the IRGC released video footage showing the “Stena Impero” tanker being surrounded by speedboats before the IRGC’s naval forces in balaclavas descended down a rope from a helicopter onto the vessel.

British Foreign Secretary, Jeremy Hunt, said on Sunday, that the UK may seek to reimpose UN and EU sanctions which were lifted against Iran in 2016 as part of the 2015 International nuclear deal with Tehran, according to the Telegraph.

Hunt had a phone conversation with his Iranian counterpart Mohammad Javad Zarif.

“Just spoke to Iranian FM Zarif, [and] expressed extreme disappointment that having assured me last Saturday Iran wanted to deescalate situation they have behaved in the opposite way. This has to be about actions not words if we are to find a way through. British shipping must [and] will be protected,” Hunt tweeted.

Iran’s Foreign Ministry said that during the phone call Zarif “reiterated that unlike the UK’s unlawful seizure of the vessel carrying Iran’s oil, Iran’s move was carried out upon the request of Ports and Maritime Organisation of Iran given the vessel’s violation of regulations.”