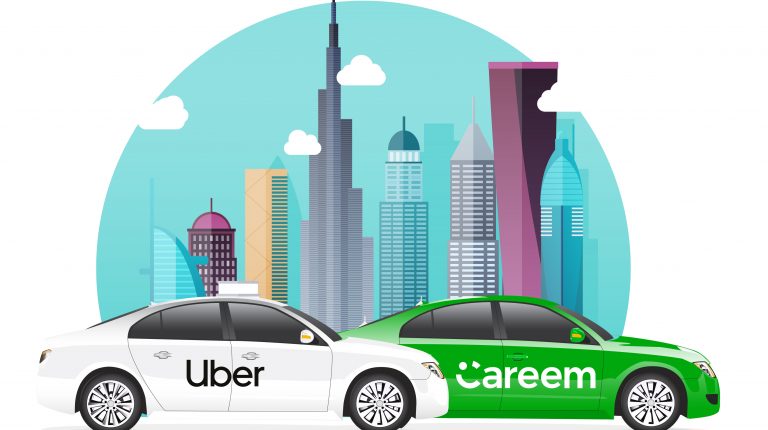 This makes the UAE the first country in the relevant market to take this decision.

Both ride-hailing companies continue to work with the relevant antitrust authorities to obtain the remaining approvals across the Middle East, North Africa, and Pakistan region.

For his part, the minister of economy, stated that “the public transport sectors across the world are witnessing fierce competition especially in light of the progressive development of modern technologies, advanced services in mass-transit, and passenger transport services. This includes the emergence of many alternative means of non-traditional transport, including the participation of cars and self-driving techniques and many alternatives to consumers. The integration of expertise, competencies, and modern technologies ultimately serve the interests of consumers and serve the progress of the transport sector in general.”

The approval followed the review of the UAE Competition Regulation Committee of the proposed acquisition. They noted that after studying the market conditions for private taxi transport services, the committee found that the acquisition would not result in a situation of economic concentration in excess of the percentages stipulated in the Competition Law. Hence, they recommended approval of the application.

“We welcome the decision by the minister of economy of the UAE, to unconditionally approve Uber’s pending acquisition of Careem. Uber and Careem joining forces will deliver exceptional outcomes for riders, drivers, and cities, in this fast-moving part of the world,” commented an Uber spokesperson.

Concerning Egypt, Uber and Careem are still awaiting the approval of their acquisition from the Egyptian Competition Authority (ECA). In September, the ECA issued an official notification for Uber and Careem due to their plans to sign contracts for the acquisition of Uber for Careem’s shares. It stated that these contracts appear as acquisition of shares or transfer of ownership, but in fact it can be an agreement between two competing groups, which is considered a violation for the provisions of Article 6 paragraph 1 and 2 of the law, explaining that Uber and Careem should first notify the ECA, before signing these contracts to obtain prior consent.

The ECA said that according to the evidence that was available to the authority at that time and from the complaints that Careem provided against Uber, such practices would negatively impact the competition and the consumer.

Then in March, Uber announced that it has reached an agreement with Careem to acquire it for $3.1bn, consisting of $1.7bn in convertible notes and $1.4bn in cash. Uber said that the transaction is expected to close in the first quarter of 2020.

In response to that, the ECA stated that the acquisition process is still under study and that until that moment they do not approve of it.

The ECA explained that according to the law, it has the authority to take one of three decisions including: first to reject the acquisition agreement and thus it will not be taken into effect, according to Article 20 of the Competition Protection Act.

“Second, is to give conditional approval to the acquisition agreement which will be renewed every two years in accordance with Article 17 of the executive regulations,” the ECA added.

Moreover, the ECA also stated that the third decision it could take, in terms of the acquisition deal, is to grant unconditional approval, which will be renewed every two years in accordance with Article 17 of the executive regulations.

For their part, Uber and Careem representatives expressed their keenness to comply with the provisions of the law.

In May, the ECA stated that it held hearing sessions with representatives from Uber and Careem. This is part of the ECA’s investigation on the impact Uber’s acquisition of Careem would have on the competition in Egypt and the study is still ongoing.

Uber, Careem reveal to ECA details of their acquisition deal, waiting for its decision