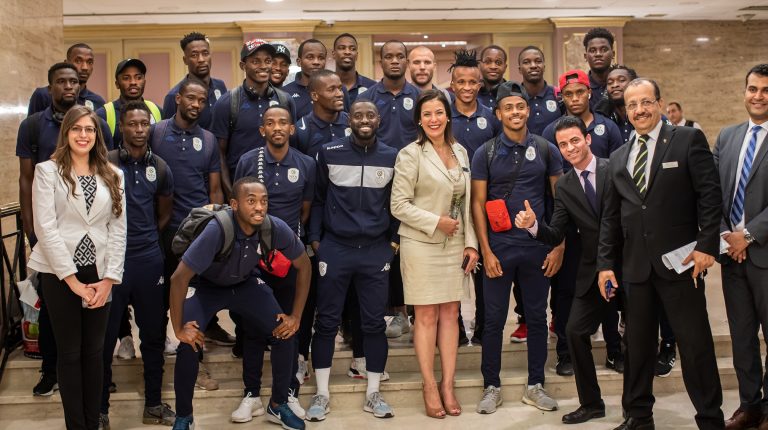 Sonesta Hotel, Tower & Casino Cairo had the pleasure of hosting the Namibian National Football Team during their stay in Egypt to participate in the African Cup of Nations 2019.

The Namibia National Football Team, nicknamed the ‘Brave Warriors,’ is the national association football team of Namibia and is controlled by the Namibia Football Association. They have never qualified for the World Cup but have made three appearances in the Africa Cup of Nations.

The most capped player of the Brave Warriors is retired midfielder Johannes Hindjou with 69 caps, and Rudolph Bester is the all-time top goal scorer with 13 goals.

General Manager, Caroline Selim, and Director of Sales and Marketing Tarek Zaher, welcomed the Ambassador of Namibia in Egypt, Japhet Isaack, and the football team to the hotel accompanied by an authentic Egyptian band which was playing traditional music at the lobby during their entrance.

EGX expects to start trading on carbon certificates in 1H 2023