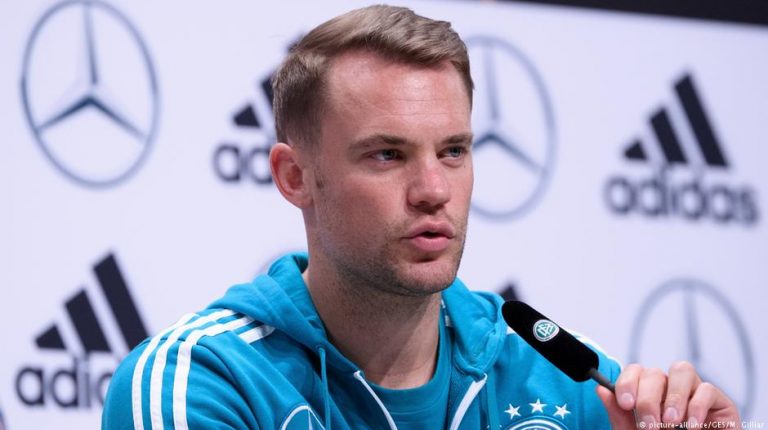 Germany’s captain has expressed confidence about the future of the national team after a disappointing 2018. Manuel Neuer spoke of a “new spirit” as Germany look forward to qualifying for Euro 2020.Writing in an article posted on the German Football Association's (DFB) website on Wednesday, captain Manuel Neuer conceded that through their lack of success at the World Cup in Russia and the Nations League, the national team had "lost a lot of credit" with the fans. He said the reaction of the fans at the home games against Russia and the Netherlands in November had not been lost on the players.

However, at the same time, he said the team was committed to turning things around and he was confident that Germany could do this in 2019, after head coach Joachim Löw began to change things in the last couple of international breaks of this year.

"We have a new spirit in the team, but also more speed and creativity," he wrote. These are good ingredients for a successful future."

However, the 32-year-old Neuer also stressed that it was important to keep some veterans in the national team setup.

"I think it has been right for Joachim Löw to maintain a core of experienced players in addition to the many youngsters," he argued. "This mixture has created a new dynamism in the squad that all are profiting from."

Germany are to begin their 2019 schedule a friendly against Serbia on March 20 in Wolfsburg. Four days later, they open their qualifying campaign for Euro 2020 with an away game against the Netherlands. Their other opponents in Group C are Northern Ireland, Belarus and Estonia.