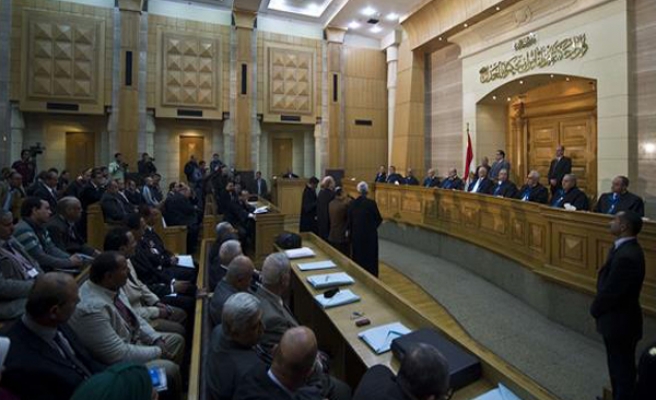 The state security prosecution renewed on Tuesday the detention of the defendants in the case dubbed by the media as the “Plan of Hope”, according to state-owned media outlets.

The ministry of the interior (MoI), announced on Tuesday, that it has “thwarted a plan by the Muslim Brotherhood to target state institutions on the anniversary of the celebration of the 30 June mass protests.”

According to the statement of the MoI, the scheme included allocating 19 economic entities worth EGP 250m to spend on that plot.

The statement said that the national security sector has been monitoring “the hostile plan under the name of “Plan of Hope”, prepared by the fugitive leaders of the terrorist group, in coordination with provocative elements affiliated to the group, but claiming that they are representatives of civil political forces.”

Topics: MOI Muslim Brotherhood Plan of Hope The ministry of the interior

Mayor of Istanbul should hand over Muslim Brotherhood members in his city to Egypt, says Egyptian MP

MoI arrests 8 people accused of involvement in “Plan of Hope”