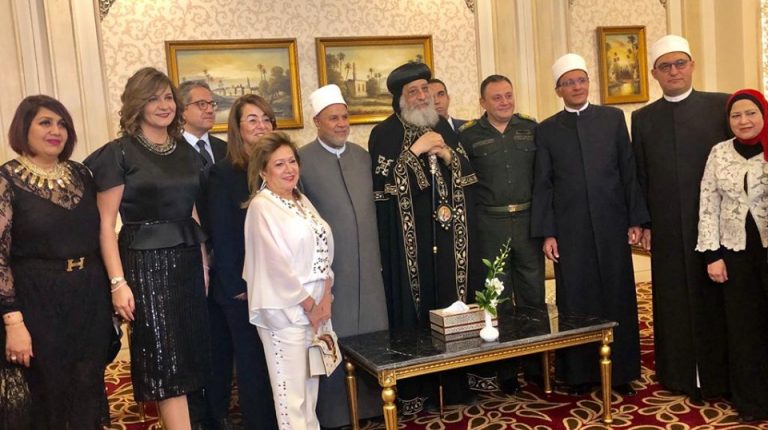 Celebrating the Holy Family’s trip to Egypt, the Minister of Antiquities, Khaled El-Anany, and Pope Tawadros II of Alexandria, the Pope of the Coptic Orthodox Church of Alexandria, attended Egypt’s cultural show held on Monday to commemorate the trip which the family took to Egypt.

The celebration was attended by several officials, including the Minister of Social Solidarity, Ghada Waly; the Minister of Immigration and Egyptian Expatriates’ Affairs, Nabila Makram; and the Minister of culture, Inas Abdel-Dayem. The show was organised by Nahra, an NGO aiming to revive heritage.

In his speech, El-Anany stated that the Holy Family’s trip to Egypt has a huge religious and historical importance, which makes Egypt unique from other countries known for their religious tourism.

He added that the trip, which lasted for around three and a half years, led Egypt’s Coptic Church to be one of the leading churches across the world.

“The 25 areas which the family visited are still blessed holding their scents, as the family moved from Sinai to Upper Egypt,” he said.

El-Anany expressed his happiness that the event attracted both the government and NGOs’ attention, explaining that since 2015 many of these historical sites were opened after renovation, including the Hanging Church in Old Cairo.

He further declared that the ministry of antiquities formed a committee to prepare a file about the Holy Family’s trip in Egypt in order to present it to the UNESCO’s World Heritage Committee.

The Opera show will be translated into both English and French, in order to tour the world, starting with Beirut.

Ministry of Immigration to establish new unit for international projects

Egypt publishes a catalogue of Holy Family’s trip in Egypt