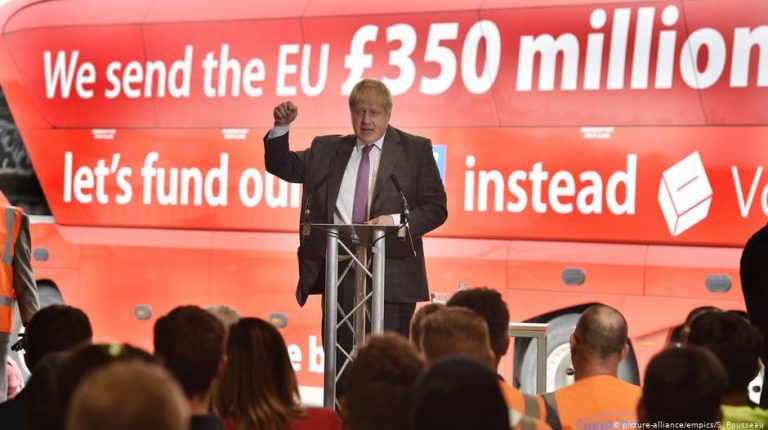 The frontrunner to become Britain’s next prime minister must face court questions about his Brexit claims pertaining to the costs of membership of the EU. The case is a private one, brought by a businessman.Boris Johnson, a top contender to become Britain's next prime minister, will be summoned to court to answer questions about allegations he knowingly lied during while campaigning for Brexit, a judge said on Wednesday.

An individual pursuing private prosecution claims that Johnson intentionally lied during the campaign for Brexit by claiming that the UK sends £350 million ($440 million, €400 million) a week to the European Union.

This was a core claim of the official campaign for leaving the EU, "Vote Leave", with the message famously plastered across the group's campaign bus. The bus' claim went on to say "Let's fund our NHS instead," in reference to the taxpayer-funded National Health Service.

Johnson was by no means the only politician to repeatedly use the figure on the campaign trail, though he may have been the best known among them.

A large portion of UK contributions to the EU budget end up being reinvested in Britain, something the campaign neglected to mention.

The judge said the allegations against Johnson were "unproven," but that it was proper to issue a summons.

Johnson is a frontrunner to lead the Conservative Party and become prime minister after Theresa May announced this month she would step down.

Every evening, DW sends out a selection of the day's news and features. Sign up here.