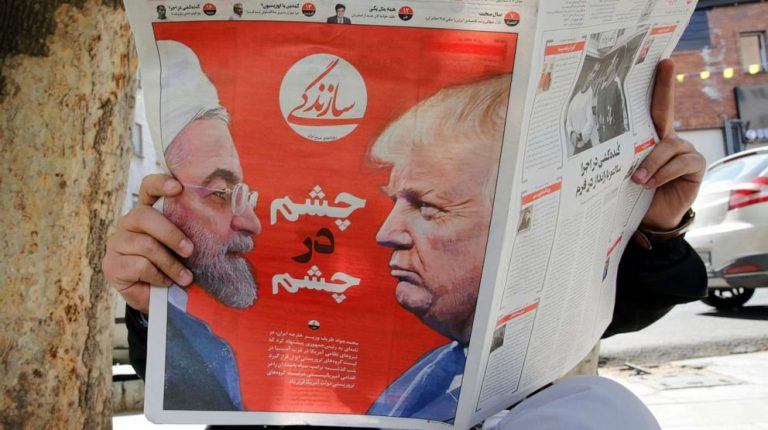 US President Donald Trump warned Iran of threatening his country again, saying that if Iran wants war, it will be its end. Trump’s statement raised concerns over a potential armed conflict between the US and Iran.

“If Iran wants to fight, that will be the official end of Iran. Never threaten the United States again,” Trump wrote in a tweet on Sunday.

On Friday, Iran said that it can strike the warships of the US in the Arabian Gulf “easily”, and the US could not afford a new war.

About a month ago, tensions between Trump’s administration and Iran have been increased as Trump has tightened economic sanctions against Iran. Washington accuses Tehran of threatening US interests, accusations which Iran denies. Iran also considered the US statements as part of the “psychological war” against it.

Amid the tensions, the US withdrew its non-essential diplomatic staff from its embassy to Iraq, after attacks on four oil tankers in the Gulf region last week.

Moreover, the US sent a Patriot missile defence system to the Middle East amid escalating tensions with Iran. The move comes just months after the Pentagon removed several Patriot batteries from the Middle East.

On Saturday, the Iranian Foreign Minister, Mohammed Javad Zarif, said during his visit to China that “there will be no war because neither we want a war, nor has anyone the idea or illusion that it can confront Iran in the region.” He added that no one can stop Iran and no one can afford this war.

Meanwhile, Saudi Arabia called for two urgent Gulf, and Arabian summits to discuss the latest updates in the Middle East.

There will be no war, because no one can afford it: Iran’s FM