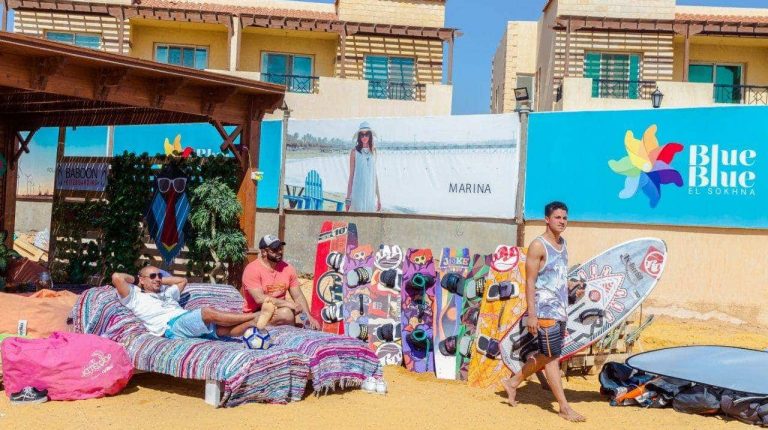 The centre is one of a range of entertainment and sports services at Blue Blue Resort, which investments reaching EGP 2bn.

The resort extends over an area of 120,000sqm, and features a variety of chalets with varying sizes to suit all tastes, with the beach being 300m long.

Aya Al Shenawy, head of development, MG Developments, said that the Kitesurfing Sports Centre is the first in Ain Sokhna, and is considered the first kitesurfing centre to be developed by the company.

Karim El-Khashab, head of the Kitesurfing Sports Centre, noted that the pilot operation was begun last summer and now the centre is fully operatal in a way that allows customers to enjoy their annual vacation within Blue Blue Resort.

Blue Blue will work during the coming period to sponsor a number of competitions for kitesurfing and receive players and fans from around the world as a form of boosting and promoting tourism, said Mohamed Abdel Mordy, commercial director at MG Developments.

Abdel Mordy cited that the idea of establishing the kitesurfing centre inside the resort was due to Blue Blue’s location as the nearest sports centre for this type of sport to Cairo and close to the windmills area in Sokhna, which is far from the mountain by around 30km.