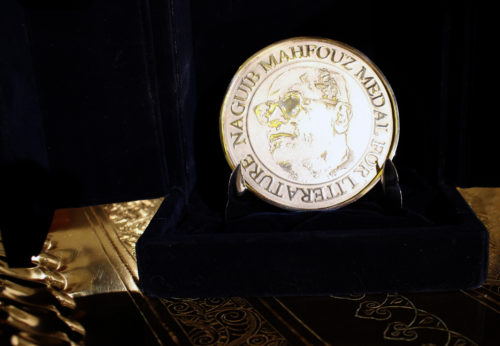 For novels, which writers spend months of hard work in order to bring them to the light, being rewarded and getting international accreditation is their lifelong dream for many of them. Being acknowledged for producing for people a world carved by beautifully sewn words, on rhythmically portrayed backgrounds, is the recognition of being a unique writer many look up to, and get to live through the Naguib Mahfouz Medal for Literature. 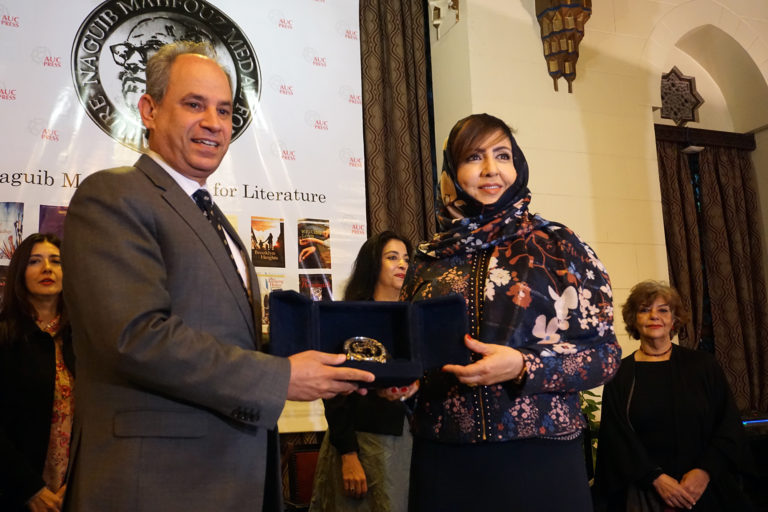 The American University in Cairo (AUC) announced it will increase the award of the literature’s accreditation into a silver medal and a cash prize of $3,000, instead of $1,000, as well as translation and publication by AUC Press’s fiction imprint Hoopoe.

The prestigious university increases the prize as a incentive to encourage amateur writers and to support them in the field of story writing.

The Naguib Mahfouz Medal for Literature is one of the Middle East’s biggest awards in its fields. It has been the biggest literature award in Egypt since its establishment in 1996. The medal awards the best contemporary novel published in Arabic in the last two years.

The AUC issued the announcement as a part of the preparation for 2019’s ceremony. It also declared this year’s jury will include Ibrahim Nasrallah, who is an acclaimed writer, novelist, and literary critic.

Writer, literary critic, and cultural consultant Hebba Sherif is also a member in this year’s jury.

For the technicalities and linguistic eloquence, the role is undertaken by Samah Selim, a translator and associate professor of Arabic Language and Literature at Rutgers University in the United States, and  Shereen Abouelnaga, a literary critic and professor of English and Comparative Literature at Cairo University, as well as Humphrey Davies, an award-winning translator of Arabic literature into English.

The jury is to announce this year’s shortlisted writers on 16 September, and will announce the winner on December 11, coinciding with the birthday of Egyptian Nobel laureate Naguib Mahfouz in 1911.

Last year, the 2018 Mahfouz Medal went to Saudi Arabian writer Omaima Al-Khamis for her novel Masra al-gharaniq fi mudun al-‘aqiq (Voyage of the Cranes in the Cities of Agate), which was described by the committee at the time to be “a serious novel that speaks to our time through history.  It takes the form of a journey from Arabia northwards and westwards to Andalusia, through the great cities of the Arab world in the eleventh century during the titular rule of the weakened Abbasids in Baghdad, the Fatimids in Cairo, and the warring factions of Islamic rule in Spain.”

So far, the 25 winners of the Naguib Mahfouz Medal for Literature since its inauguration include 11 women and 14 men; 12 Egyptians (two posthumously); three Palestinians; one Algerian; two Lebanese; one Moroccan; two Syrians; one Iraqi; one Sudanese, and one Saudi Arabian, according to the AUC Press.

It also added that the “AUC Press has been the primary publisher of Naguib Mahfouz’s English-language editions for more than thirty years, and has also been responsible for the publication of some 600 foreign-language editions of the Nobel laureate’s works in more than 40 languages around the world since the author won the Nobel Prize for Literature in 1988. With some 50 new publications annually and more than 800 titles in print, AUC Press is recognized as the region’s leading English-language publisher.”

Netanyahu warns Nasrallah to ‘calm down’ after drone incident