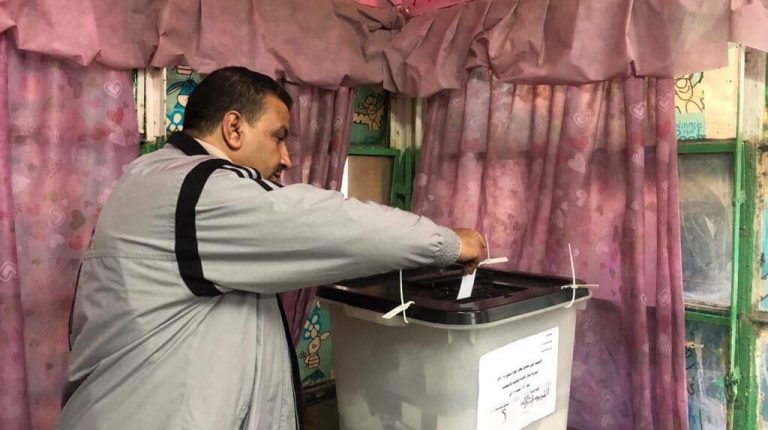 Egyptians started casting their votes in the polls which opened Saturday through Monday with 61 million Egyptians eligible to vote on the constitutional amendments. 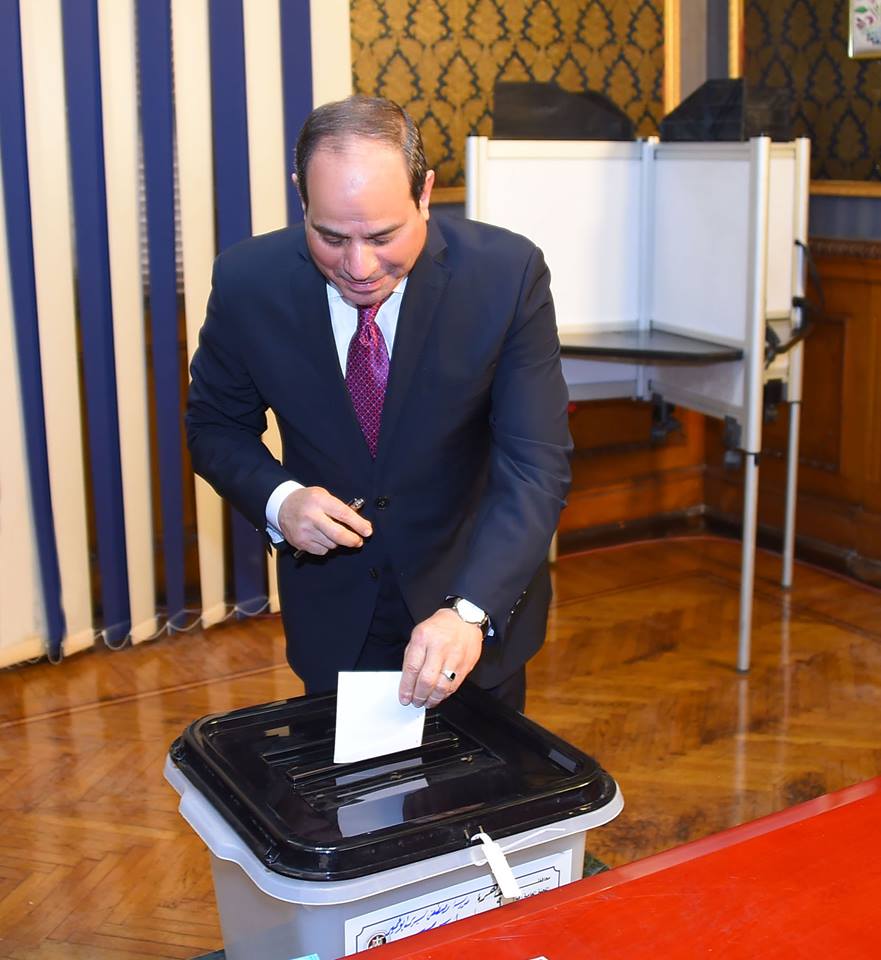 President Abdel Fattah Al-Sisi casted his vote on the first voting day inside Egypt, in the El-Shaheed Yousry Emara School in Heliopolis, Cairo.

Across the country, polling stations are set to open for 12 hours, from 9am to 9pm, where people carrying flags and wearing T-shirts, saying “do the right thing” – the slogan plastered on thousands of posters, and billboards, spread over Cairo ahead of the referendum.

Deputy Chairperson ans spokesperson of the National Election Authority (NEA), Mahmoud El-Sherif, said that the polling process across all stations is going seamlessly, adding that the NEA has not received any complaints nationwide on the referendum process.

Above average turnout in Cairo

In the north of Cairo, the vicinity of several schools in the middle class neighbourhood of Ain Shams witnessed a celebratory atmosphere as campaigners and individuals affiliated with the election committees used DJs and nationalist songs to attract voters.

While in other polling stations in Heliopolis, heavy security presence accompanied by a festive atmosphere was also witnessed, where voters cheered and chanted to the nationalist songs which were played.

Rashwan Al-Abd, a retired French teacher, came to vote in the Al-Tabary School, along with his wife. Both voted “yes” to the amendments. “We learned by experience that we cannot have a random president of any political inclination. We should have a man who works for the state and is part of the government, not a loud-mouthed politician,” Al-Abd said.

Expats continue to cast their votes

The NEA’s El-Sherif, explained that the polling stations abroad, where hundreds of Egyptian expats cast their ballots in the first two days of the referendum, resumed work on Saturday morning at 9 am according to the local time of each country, adding that 140 diplomatic missions in 124 countries are overseeing the voting process.

On Friday, Egyptian expats started voting on the referendum, where the voting process will be on 19,20, and 21 April.

The polling stations in the embassies and consulates of Egypt in Arab countries, especially Gulf countries, have seen high turnout. 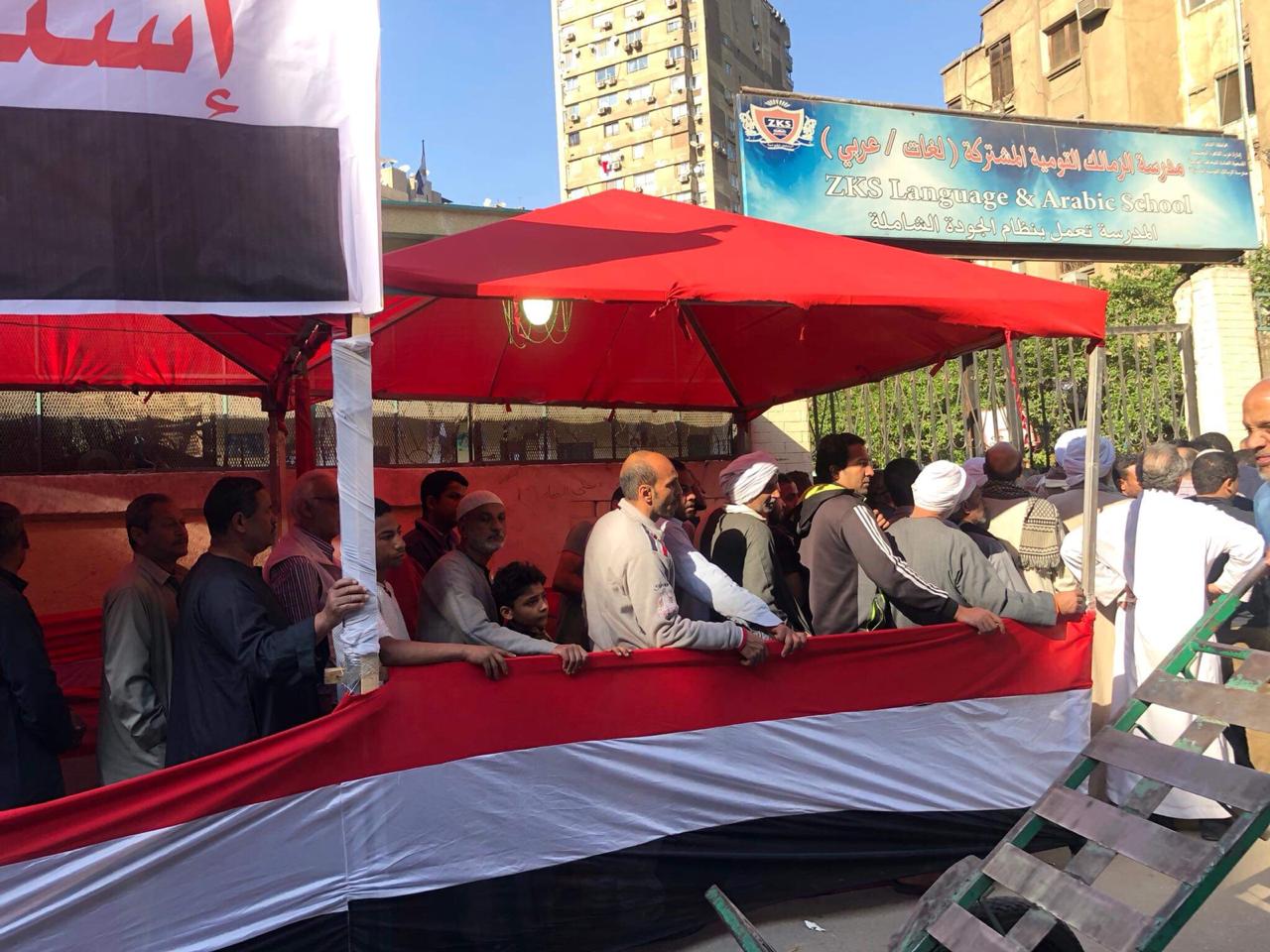 Moderate to high turnout in governorates

Menoufia Governor Saeed Abbas said that all 611 polling stations in the governorate have been well-prepared to receive 2.621 million voters, calling on all the residents of the governorate to take part in the referendum.

In the Dakahlia governorate, rural districts, such as Bilqas, Mit Ghamr, and Miniat Al-Nasr, recorded a higher turnout than Mansoura, the governorate’s capital city.

While in Fayoum a moderate voter turnout was witnessed in the first day of the referendum, also with a notable participation from seniors and women.

On Saturday, Secretary-General of the Supreme Media Council, Ahmed Salim, said that they have not received any complaints from journalists and media officials who were covering the referendum on the constitutional amendments.

Salim added that the Supreme Media Council is monitoring the media coverage issued by local and foreign media and that it is preparing a report every two hours which is sent to the NEA, and the Cabinet Information Centre.

The NEA has previously stated that the number of general committees to vote for Egyptians inside is 368 committees, which include 10,878 polling stations and 13,919 sub-committees, stressing that it is important for those eligible to vote to do so, noting that there will be a EGP 500 fine for those who do not vote.

The referendum process is subject to full judicial supervision, with 19,339 judges (basic and reserve), of whom 15,324 are actual judges at the ballot boxes.

NEA has exclusive right to announce results, not polling stations

Committee to monitor any violation in referendum: NEC

Egyptian community in US will be voting “yes” on constitutional amendments