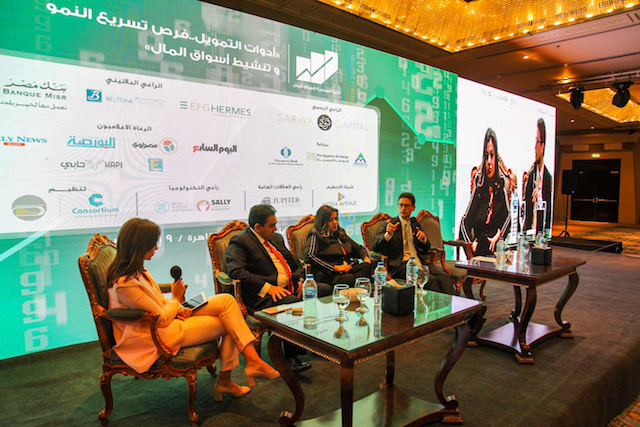 The regulatory framework of Egypt’s capital market is developing quite well, in particular the enhancements over the past couple of years, Amr Lamei, the chairperson of the Financing Instruments’ Issuers and Investors Association (FIA), said.

Raising awareness of the available funding instruments will support the companies’ financial positions, Lamei added at the annual summit of the Capital Markets 2019 which the FIA, and Consortium organised on Tuesday called ‘Funding instruments and opportunities to accelerate growth and stimulate capital markets.’

The market will activate new funding instruments which will help the country to increase its economic growth which is shortly progressing toward 6%, he said, expressing the FIA’s readiness to give advice and consultancy to companies interested in using the available funding instruments, yet lacking the knowhow.

“There are many successful models for the companies which benefited from the bonds markets, and we are eager to evoke this success with more companies,” Lamei declared.

The FIA aims to activate Egypt’s bonds market, and raise awareness among companies about the new funding instruments in the capitals market, Sarah Hosni, CEO of the FIA, reiterated.

She added that the association was established in 2004 with a main goal of creating a secondary bonds market, noting that the Financial Regulatory Authority (FRA) is doing well in terms of developing the sector, and adjusting the current regulatory framework to enhance the non-banking financial sector.

“There are several funding options including the commercial paper, and short term bonds. The association is a platform for achieving financial inclusion and helping companies to learn about the funding instruments,” she stated.

For his part, Tarek Abdel Bary, managing director of Misr for Central Clearing, Depository and Registry (MCDR), said that new financial instruments will assist companies to get funding, adding, “We accept the one-month bonds, and there are not any obstacles in this regard.”

The market needs new funding instruments for both consumers in the real estate sector and companies, he noted, elaborating, “We need to raise awareness about the bonds even between companies as bonds are not a traditional funding instrument. Companies borrow from banks as this is the common form of borrowing. However, bonds are very affective.”

Abdel Bary called on the FIA to hold one-to-one meetings with the companies to promote their knowledge about bonds.

Moreover, Amr Hassanein, the chairperson of the Middle East Rating and Investors Service (MERIS) affirmed the role of rating companies in augmenting the bonds markets as a neutral part, noting, “We give a fair assessment of companies’ leasing portfolios to help them support their financial positions.”

Hassanein said that the FIA held many successful meetings with government officials to help improve the regulative framework of the capital and bonds markets.

Ahmed Saad, an academic expert and the previous chairperson of the Capital Market Authority, said that the current bonds market system is successful. However, he called on the FIA to study the market issues including the risks, monetary, and financial policies.

“Over the past 14 years since issuing bonds, there were no defaults, yet the period before that witnessed several regulatory defaults,” he announced.

Internationalisation of real estate sector is key for boosting economy: professor at NUS

Egypt, US ties have never been better: Trump