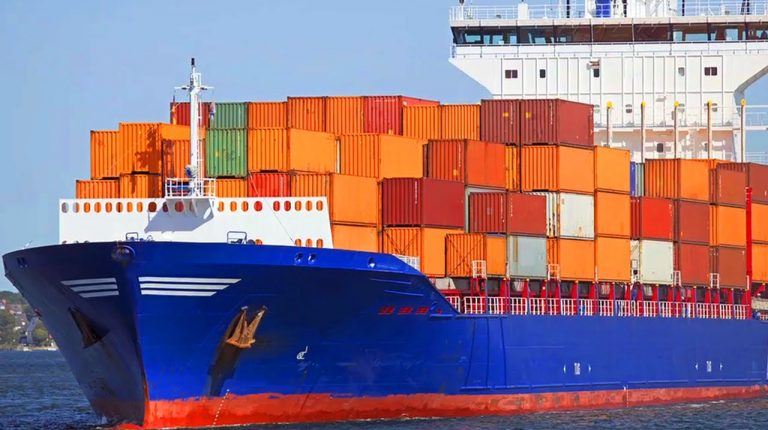 On Tuesday, 2 April, the Gambia became the latest African nation to ratify the African Continental Free Trade Agreement (AfCFTA), meeting the minimum threshold—22 out of the 55-member states—for the trade agreement to go into effect.

In March 2018, the agreement was signed by 49 heads of state with Nigeria—the region’s largest economy—being a notable exception.

Having reached the threshold, the agreement will go into effect 30 days after the ratifications are filed with the African Union (AU) Chairperson’s office.

Egypt has been a long-time supporter for the agreement, on 21 November, President Abdel-Fattah Al-Sisi emphasised Egypt’s belief in the importance of the economic integration among African countries, and the liberalisation of the intra-African trade. 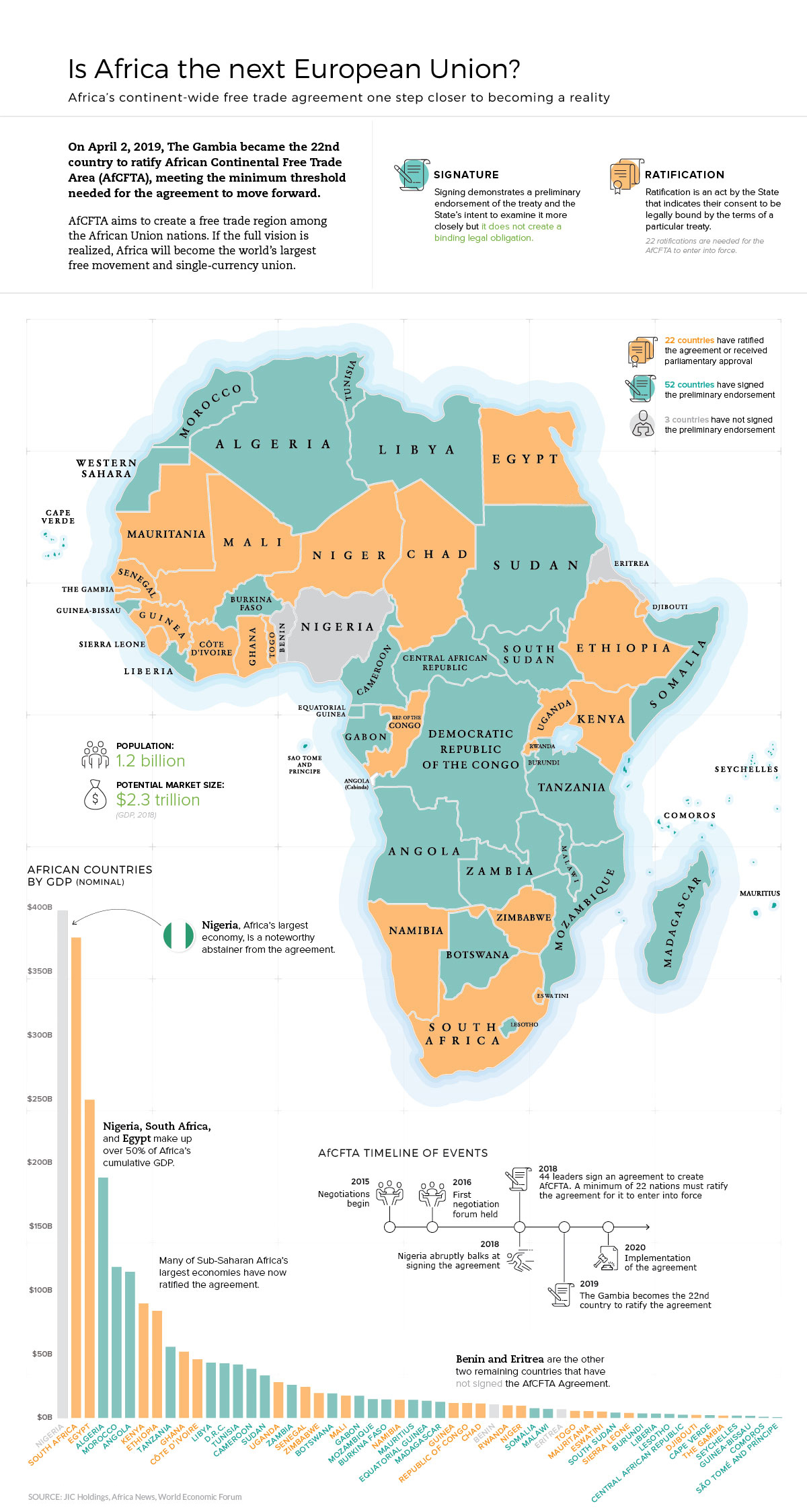 Recently, Al-Sisi called on Egypt to host a number of African economic activities, within the framework of the country’s interest to activate and strengthen its economic cooperation with the countries of the continent, such as the Africa 2018 Forum, and the Intra-African Trade Fair.

The AfCFTA agreement would result in the largest free-trade area in terms of the participating countries since the formation of the World Trade Organisation (WTO), as it would unite the 55-member countries of the AU in tariff-free trade.

The prospective agreement’s countries have a cumulative GDP of $2.5tn and a market of 1.2 billion people. The free-trade area, which will include an easing of travel across the continent, is hoped to encourage Africa’s trade to diversify away from its traditional commodity exports outside of the continent, the volatile prices of which have hurt the economies of many countries.

This agreement was first introduced in January 2012 during the 18th Ordinary Session of the Assembly of Heads of State and Government of the AU, held in Addis Ababa, Ethiopia. The member states adopted the decision to establish the Continental Free Trade Area by 2017.

One key to unlocking the region’s economic potential is making it easier for Africa’s 55 countries to trade with one another.

Currently, Africa is a patchwork of regulations and tariffs, and trade between countries has suffered as a result. For example, only 10% of Nigeria’s annual trade activity is with other African countries. This is surprising given the country’s dominant economic standing and location firmly in the centre of the continent.

As a whole, Africa’s intra-continental trade level hovers at just around 20%, while nations in Europe and Asia are at 69% and 59%, respectively. Clearly, there is a lot of room for growth.

However, Africa faces some challenges which need to be addressed. First of all, the continent needs to facilitate and implement an effective regulation of the trade in goods and services, and to address the tariff and non-tariff barriers, as well as the regulatory obstacles, besides promoting financial market governance and regulation.

According to the 2018 edition of the African Economic Outlook (AEO), Africa’s infrastructural needs are estimated at around $130–170bn annually.

Eyes of world are turned to Africa as AfCFTA comes into effect: Al-Sisi

On side-lines of World Economic Forum: time has come for digital health era in Middle East