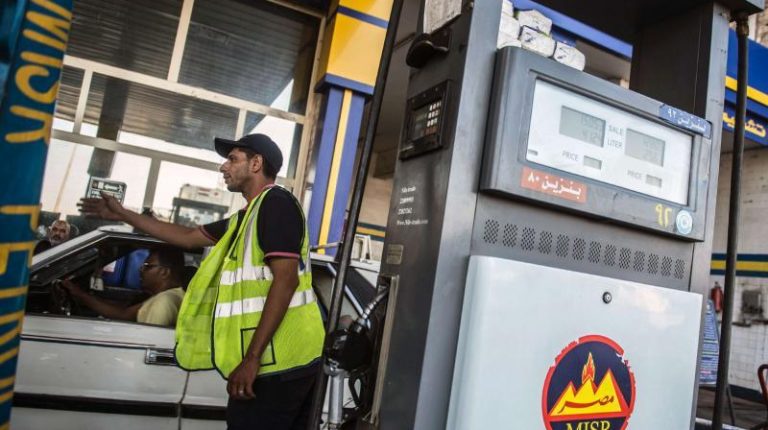 Egypt’s draft budget for fiscal year (FY) 2019/20 budget was sent to the House of Representative on Sunday, for approval.

The draft budget must be approved by parliament and ratified by the president before the start of the FY, which begins in July.

Daily News Egypt took a dive into the draft budget for FY 2018/19, which suggests that the government is looking to tighten its finances and push ahead with fiscal reforms, which signals stable economic conditions in the most populous Arab country.

According to the draft budget, total public expenditure amounted to about EGP 1.574tn, compared to EGP 1.424tn in the budget of the current FY, marking a 10.5% growth.

On the other hand, wages and compensation of employees allocation rose by 11.4% to record EGP 301bn, up from EGP 270bn, including the recent modifications to public wages issued by President Abdel Fattah Al-Sisi,  such as the increasing the minimum wage from EGP 1,200 to EGP 2,000. While expenditures on the purchases of goods and services increased by 23.3% to EGP 74bn.

In the draft budget, the interest bill on government debt continued to increase, but at a slower pace than in the past two and a half years.

In FY 2019/20 budget, EGP 569bn are allocated for debt services payments, marking a 5% y-o-y growth.
Debt services’ benefits account for 36.1% of government spending in the next FY, but less than this year, at about 39%. The new budget sets the average interest rates for T-bills and T-bonds at

Egypt is highly vulnerable to crude oil price fluctuations, as each $1 increase in the Brent crude’s price would cost the state EGP 4bn, according to the finance ministry.

Moreover, the government targets achieving a primary budget surplus of 2%, in FY 2019/20.

The draft budget included other expenses, such as allocations for the armed forces, which amounted to EGP 90.4bn in the coming FY, marking a growth of 19.5% y-o-y.

According to the draft budget, government investments increased by 42.2% to record EGP 211bn, of which EGP 140bn are investments financed by the state treasury.
While the total investments are speculated at EGP 1.17tn in FY 2019/20, accounting for almost 18.6% of the country’s total GDP.

Furthermore, the new budget targets an unemployment rate of 9%. Egypt’s current unemployment stands at 8.9%, according to the Central Agency for Public Mobilization and Statistics (CAPMAS). 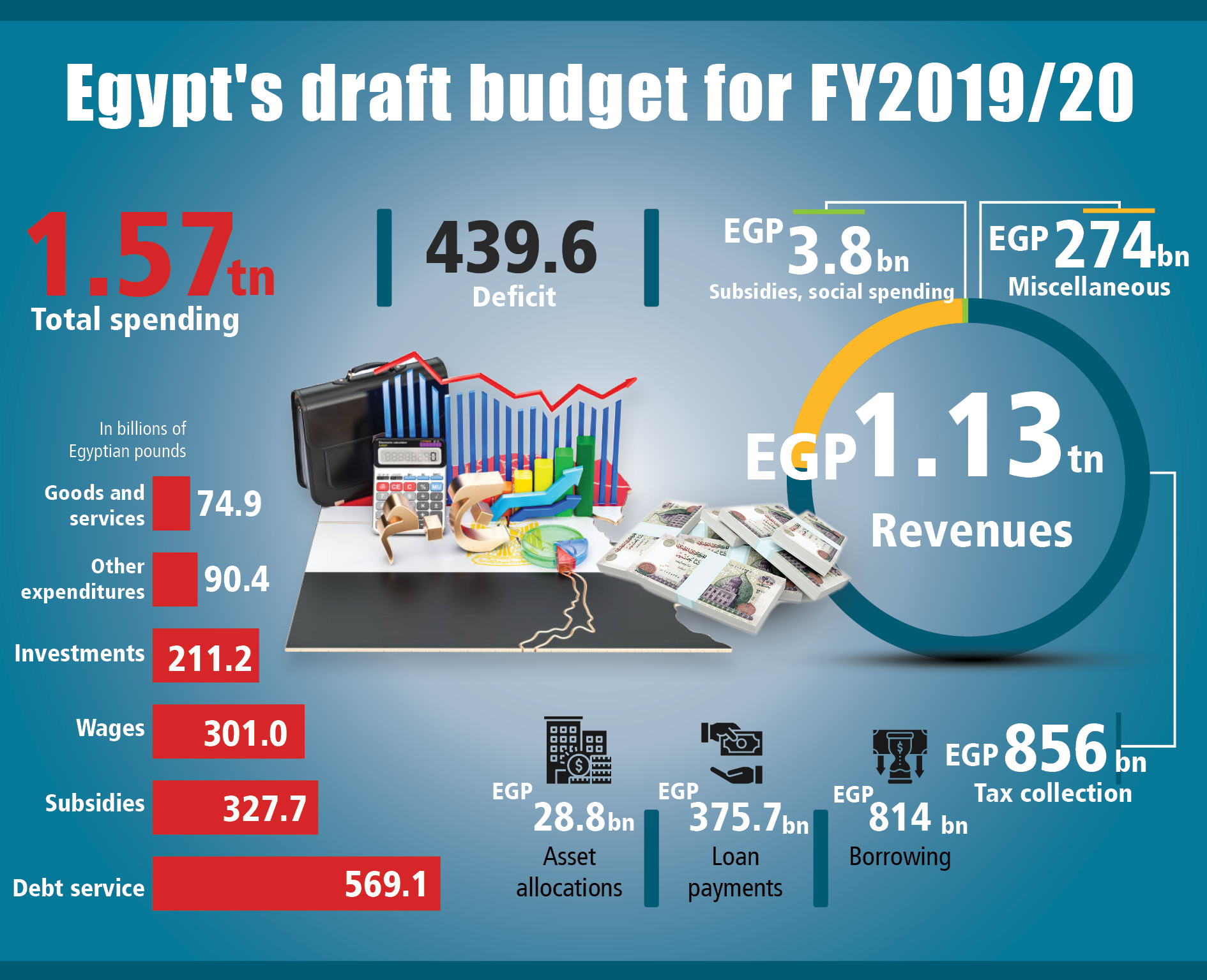 A slew of IPOs to boost revenues

A flurry of governmental companies’ initial public offerings (IPOs) is expected by analysts to boost the country’s revenues and decrease the budget deficit towards the announced targets in the draft budget.

The government is studying listing stakes in eight to 10 state-owned companies for IPOs before the end of 2019, most probably in the last quarter of the year, the Minister of the Public Enterprise Sector, Hesham Tawfik, told Daily News Egypt earlier.

The first stage of the government’s IPO programme was announced in March 2018 with the aim of strengthening the Egyptian capital market and attracting more liquidity to the EGX.

However, it was postponed in October 2018 due to the emerging markets crisis and the global market volatility.

In March, Tawfik announced the resumption of a programme to sell stakes in state-owned Egyptian companies by offering 4.5% of shares of Eastern Tobacco Company on the Egyptian Exchange (EGX).

“The private placement has been snatched by Arab and institutional investors, who accounted for almost 85% of the shares offered, while foreign investors acquired the other stake,” a senior company source told Daily News Egypt.

The public offering of the company started on Sunday 3 March, and ended on 5 March, the minister added. Tawfik stated that the private placement accounted for 95% of the total offered shares.

The Chemical Industries Holding Company announced the offering of 4.5% of the shares of the Eastern Company to the stock market, with 95% in a private offering, and 5% for public offering.

The government announced in September 2018 that it is working on a programme to offer shares of dozens of its companies over the next three to five years in sectors such as oil, services, chemicals, shipping, marine services and real estate, to help support the state’s public finances.

The last public offering of state-owned companies was in 2005 when shares of Telecom Egypt, AMOC and Sidi Kerir Petrochemicals Company were sold.

The buzz around IPOs in Egypt is growing louder, with more companies announcing plans for sales of shares.

Mansour Kamel, an economic analyst and adviser to the former Minister of Investment Mahmoud Mohie El-Din, said, “the IPO programme will positively impact the budget, as it will provide revenues that will be used to bridge the deficit, but it is only a transitional measure that the state should not rely upon as a permanent means to solve the [deficit] — especially considering that the government has selected a list of the most successful companies out there.”

The state owns vast swathes of Egypt’s economy, including three of its largest banks—the National Bank of Egypt, Banque du Caire, and United Bank of Egypt—along with much of its oil industry and real estate sector.

The last time state-owned companies were listed on the exchange was in 2005, when shares of Telecom Egypt, the state’s landline monopoly, and oil companies: Sidi Kerir Petrochemicals Co and Alexandria Mineral Oils Co were floated.

Unilever Mashreq invests over EGP 500m in Egypt since end-2016

Fitch upgrades Egypt to B+ from B, maintains stable outlook