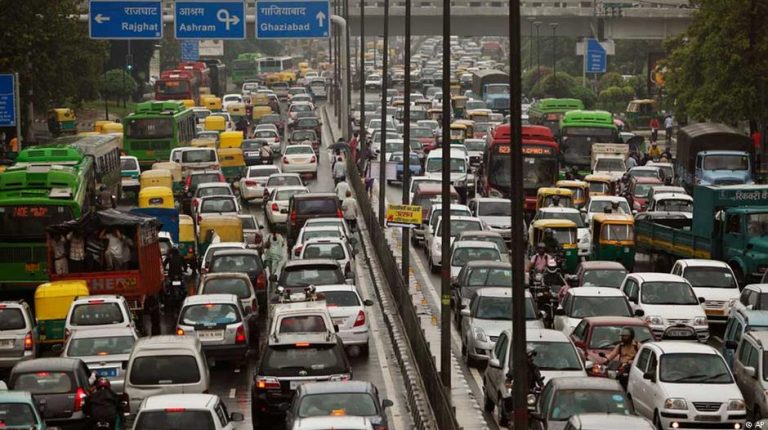 Car sales in China have been plummeting and the persisting slump leaves automakers with few places to go for sales growth. India’s economic and demographic trends make it a promising market. But success is tough.China has been the world's largest car market for the past decade. In 2017, sales there reached over 28 million, according to car news provider yiche.com. But last year vehicle sales dropped 5.8 percent to some 22.4 million, according to the China Passenger Car Association, recording their first annual decline in nearly 20 years.

Sales have continued to tumble this year, dropping a steeper 15.8 percent from a year earlier to 2.37 million units in January, said the Association of Automobile Manufacturers (CAAM).

Read more: China is most important battleground for carmakers

This type of debt financing accounts for a significant proportion of new-vehicles sales, and Beijing's efforts to rein in risky lending after a rapid rise in debt levels mean there has been a sharp cutback in the availability of such credit.

Another reason behind the slump is the "impact of front-loading of demand when purchase tax was cut from October 2015 through the end of 2017," said Janet Lewis, head of Asian auto research at Macquarie Group.

With slowing demand in the world's top auto market, carmakers seem to be facing a bumpy road ahead. Given its size and clout, when the Chinese market sneezes, the entire global auto industry now catches cold.

In recent years, a number of auto MNCs — from German giant Volkswagen (VW) to US firm General Motors (GM) — have come to rely on China's gigantic market to boost their global sales. VW, for instance, sells around 40 percent of its cars to customers in China, and the Asian country is the biggest market for GM.

Despite the sharp drop in demand, some automakers seem to be faring much better than others. There are also some regional disparities, with demand falling in smaller cities while holding up in coastal areas.

"The biggest slowdown has been among first-time buyers, while replacement demand has held up better," Lewis said, adding that this in turn favors German (Volkswagen, Mercedes-Benz, BMW) and Japanese (especially Toyota/Lexus, Honda and Nissan) brands, which are preferred by second-time buyers. "That is why these brands have continued to post growth even as the overall market has declined," the expert pointed out.

But those foreign carmakers with a weak brand value have ceded market share to much stronger domestic brands in China. The weak market in China has left automakers with few places to go for sales growth, particularly at a time when the industry is facing a potentially disruptive decade.

A plethora of new technologies — from electric vehicles to autonomous mobility — are reshaping how people use and drive vehicles. Traditional automakers are increasingly facing competition from tech giants that are entering the sector.

Some hope India, with its giant market and rapid economic growth, will be able to step in and offer respite to global automakers. The Indian auto market is one of the fastest growing in the world. According to Society of Indian Automobile Manufacturers, the country's total sales volume, including both passenger and commercial vehicles, hit a record high of 4.01 million units in 2017-18, an increase of almost 10 percent.

By 2020, the country is projected to surpass Japan and become the world's third-largest car market, behind China and the US. Many view India as the auto market offering the best growth potential over the next decade.

Observers say macroeconomic and demographic trends, like rapid urbanization, rising incomes and increased participation of women and youth in the labor force, will boost demand for mobility and drive growth in the auto market.

Despite its potential, automotive analyst Lewis said, the Indian market's base is much smaller than in China, and motorcycles are likely to continue to dominate personal transportation in the country.

"I don't think you can look at India and say it offers respite to global automakers, even assuming it grows 10 percent per year," said Lewis.

She explained that over 50 percent of auto sales in India are from Maruti Suzuki and Suzuki recently pulled out of China. "Number 2 is Hyundai but it has suffered from a lack of capacity in India, so growth has been slow. It is more likely to look to North America to offset the weakness it has seen in China.

"Other international automakers in India have no more than 5 percent market share. They are playing the long game, but the relative size to China and their relative position means one can't offset the other," the expert said.

Furthermore, India's automotive landscape is not immune to the massive shifts reshaping the auto industry globally, changing car ownership and usage patterns. The emergence of new app-based cab services and ride-pooling options, including Uber and Ola, as well as growing coverage of public transportation in cities are affecting urban Indians' desire to buy cars. Added to these are problems like traffic congestion, pollution concerns and long commutes, among other factors.

In India's big cities, where the cost of using an app-based cab is lower than driving a personal car, observers say many price sensitive Indians might choose to forego car ownership, denting the sales prospects of automakers.