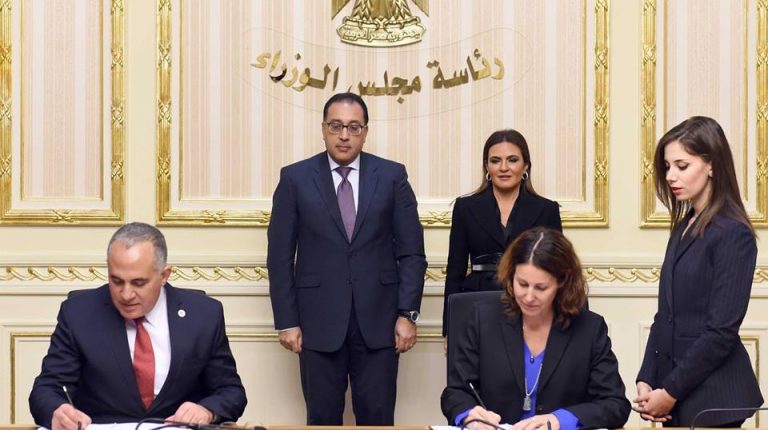 The Ministry of Water Resources and Irrigation signed an agreement worth €148.3m with the European Bank for Reconstruction and Development (EBRD) on Wednesday to finance the development of Kitchener Drain, one of Egypt’s longest drains, in Gharbeya governorate.

The development project includes the collection and treatment of wastewater, solid waste management, and the rehabilitation of the Kitchener infrastructure, said the Minister of Water Resources and Irrigation, Mohamed Abdel Atty.

It also includes the rehabilitation of nearly 24 existing sewage treatment plants, the expansion of six sewage plants, and the establishment of central systems for collecting sewage.

Abdel Atty added that this agreement involves assisting farmers to adopt modern irrigation methods to improve the productivity of agricultural lands and encourage farmers to establish their own companies for agricultural products.

“A total of EGP 40bn has been allocated during the Sustainable Development Strategy: Egypt Vision 2030 to implement irrigation improvement projects. These projects will have a positive impact on health and the environment in general,” he said.

Kitchener Drain was established in 1899 and its length reaches 69 km. It starts in Gharbeya governorate, passes through Daqahleya, and ends in Kafr El-Sheikh. The drain benefits about six million residents of the three governorates.

Minister of Health announces 2019 as year of health service providers

Egypt has opportunity to transition to higher growth levels: EIB