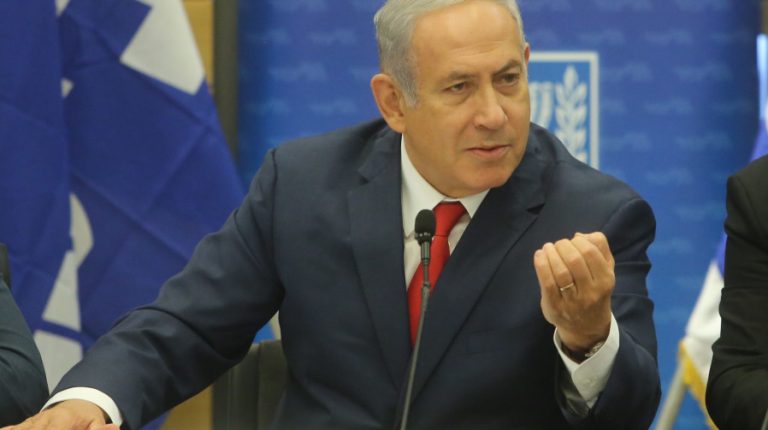 He said in interview with a Brazilian TV channel during a visit to Rio de Janeiro, that this caused “a revolution in relations with the Arab world.” The comments came as Israel has reportedly been stepping up its airstrikes on Iranian locations in neighbouring Syria, and digesting an abrupt decision by US President Donald Trump to withdraw US troops from Syria.

Israel, he said, had shown itself to be active in battling “radical and violent Islam — either one by the radical Shiites in Iran, or the one led by extremist Sunnis,” AFP reported.

“Unfortunately, we have not made any advance with the Palestinians. Half of them are already under the gun of Iran and radical Islam,” Netanyahu added, referring to the Hamas-controlled Gaza.

In a press release, Al-Haya called on the Arab states to support the Palestinian cause instead of “opening doors for the Israeli occupation.”

“The Palestinian resistance is testing the intentions of the Israeli occupation and the mediators,” Al-Haya said, reiterating the necessity to implement the ceasefire understandings.

Al-Haya noted that the “Palestinian resistance was testing the mediators’ ability to pressure the Israeli occupation into implementing what had been agreed upon.”

“The Palestinian people are determined to achieve their demands, so they will continue with their popular and peaceful protests along Gaza’s eastern borders,” Al-Haya added.

Despite the harsh weather, Al-Haya noted, the Palestinian people took part in last Friday’s protests to convey a message that they would never waive their national rights, under any circumstances.

Regarding Palestinian Authority’s President Mahmoud Abbas’ remarks, in which he labelled the Palestinian freedom fighters as “murderers”, Al-Haya stressed that the Palestinian people, along with the resistance factions, “would not pay attention to the discordant voices.”