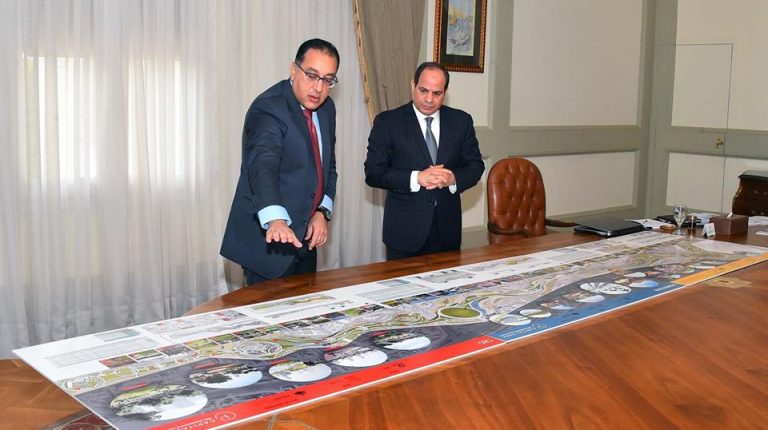 During the meeting, Al-Sisi and Madbouly “reviewed the government’s efforts to implement national developmental and megaprojects, to date, and the remainder of their implementation is until 30 June 2020, notably the New Administrative Capital and its central area of the Green River, the new Al Alamein City, and the furniture city in Damietta.”

The statement highlighted that the president stressed the need to continue working to implement “the developmental and national megaprojects according to the timeline set for their completion, which will represent a major stride and a starting point for the reconstruction of the state.”

As for Madbouly, he confirmed that “the state is executing an economic reform programme, in parallel with the implementation of a multitude of national projects which aim to promote citizens’ living standards, and improve the services delivered to them in various sectors across the country.”

He also pointed out that “this has led to the improvement of the economic situation and the positive development in economic indicators, including the decrease in unemployment rates and inflation, as well as the improvement of Egypt’s credit rating,” the statement concluded.

Municipalities’ contribution to national income is not less than 30%: former governor of Qaliubiya, Menoufiya