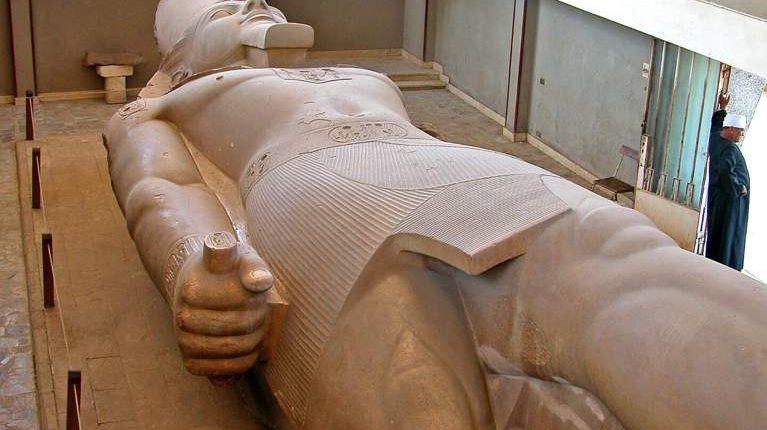 Although Memphis is located in Giza governorate, with people always visiting the Giza Pyramids, yet most of them know nothing about this town.

Memphis, which is currently known as Mit Rahina, has many mesmerising monuments. It is such a waste for tourists and people to go all the way to Giza, without visiting this amazing, yet forgotten place.

The Mit Rahina is an open Egyptian museum, with several ancient Egyptian artefacts discovered on site.

Memphis city is the centre of Badrasheen in Giza. Memphis was the capital of the first Old Kingdom in ancient Egypt, since the unification of the north and south by King Narmer, until the year 2,200 BC.

Narmer was an ancient Egyptian king of the Early Dynastic period. He was considered the unifier of Egypt, and the founder of the First Dynasty, and in turn the first king of a unified Egypt.

Meanwhile in the New Kingdom, the city of Thebes was the capital, while Memphis was the centre of the political power and government, as it had the rulers’ palaces.

Most of the pieces in the museum date back to the New Kingdom of ancient Egypt. The museum was built around a statue of Ramses in order to protect it. The statue was discovered in the same place as where it currently stands. 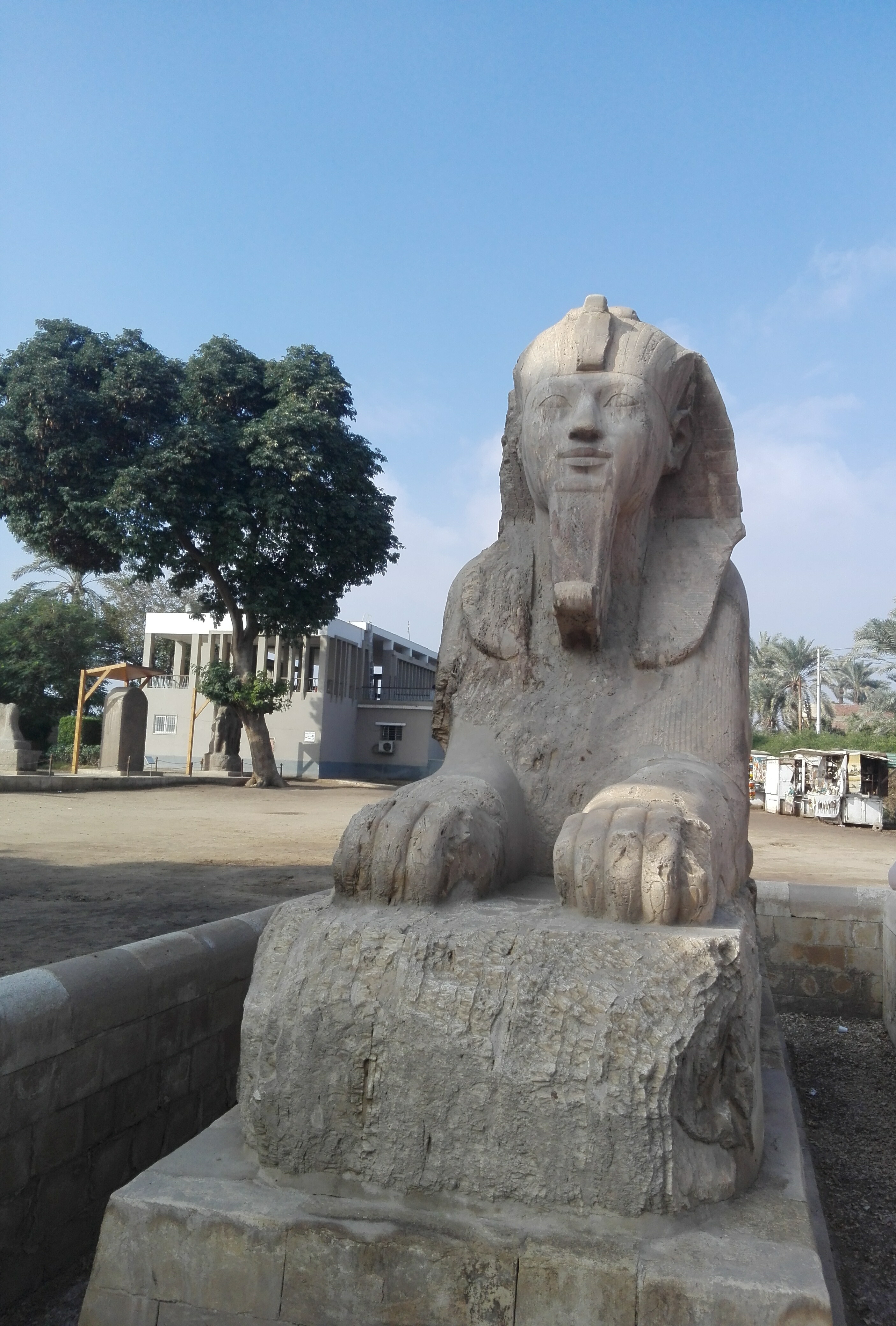 This Sphinx was fashioned to imitate the original Sphinx at the Giza Pyramids. Yet, the head of this Sphinx represents the face of Ramses II, rather than King Khufu, with the lion’s body constant.

The statue of the Triad of Memphis

The Triad of Memphis consists of Ptah, Sekhmet, and their son Nefertem. The three Gods’ centre of worship was in Memphis. In Egyptian mythology, Memphis was believed to be under the protection of the God Ptah.

Ptah is the God of craftsmen and architects. Sekhmet was Ptah’s wife and the mother of Nefertem, the Lotus God. Sekhmet, meaning strong, was always represented as a lady with the head of a lioness sitting on the throne adorned by the sign of unification of the north and south of Egypt, topped by the sun disk and the Cobra snake.

The statue of Ramses II was discovered in 1820 by the Explorer Giovanni Batista Cavellia, near Memphis in Egypt.

Ramses II was the third pharaoh of the 19th Egyptian dynasty. He is regarded as the greatest, most celebrated, and most powerful pharaoh of the New Kingdom, who ruled for the longest time any pharaoh did.

There are protective cartridges on the shoulders of the statue, with Ramses wearing a dagger, and two heads representing Horus.

The statue’s hand is closed to represent intensity and strength, while the statue’s smiling face represents mercy and tolerance.

The museum also contains columns representing the late age of the ancient Egyptian civilisation, through displaying the lotus flower.

The other columns represent the Christian era with the columns displaying the acanthus leaf, which are inspired from grapes, with the grape juice representing Jesus’s blood.

The statues of dwarfs

These dwarfs appeared in the New kingdom of ancient Egypt, when they came from Africa.

During this period, the dwarfs had two roles, either as court jesters to entertain the king, or as educated dwarfs serving as scribes and mufflers of royal secrets.

Costly errors show why Nagelsmann has to leave Hoffenheim