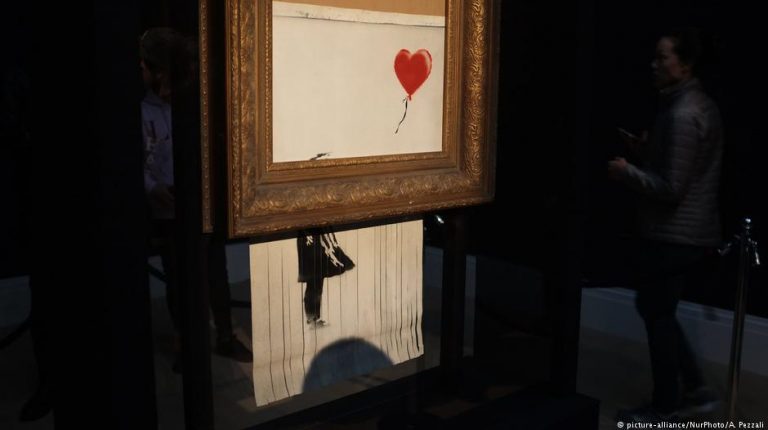 In times of political turmoil, the cultural scene also aims to take a stand. The year 2018 made it clear how necessary controversial debate is and how unclear some red lines are.Art and culture deal with social developments. They refer to the past and stretch into the future. They can tear open reality, deconstruct it and reassemble it in coded form as a way to hold up a mirror to society.

Over the course of history, art and culture have never remained untouched by a politically turbulent climate. The year 2018 has once again shown how much culture comes under pressure where free democracies are at risk — especially in their function as a counterbalance.

In the US, President Donald Trump has attacked journalists. In Poland, the government is pushing out people working in the cultural field who express critical opinions and filling the positions with more "agreeable" people. The Hungarian press has been trimmed to toe the government line; in Russia, President Vladimir Putin has announced at the end of the year that he would put rap music under state control.

Anyone who is skeptical about the sheer power of large internet companies is likely to be all the more unnerved by a scenario that outlines the collaboration of these companies with politicians. What if platforms like Facebook joined in on the censorship and persecution? The fact that the boundaries between freedom and censorship are fluid in social networks was demonstrated in 2018 by the ongoing deletion of images depicting works of art with nudes.

In addition, there's the media business, the fast-paced nature of which tends to exacerbate rather than decelerate social discourse. That's what happened when the #MeToo debate revealed that Asia Argento, the movement's leading protagonist to date, allegedly was involved in sexual improprieties herself years ago, for which she later allegedly paid hush money.

Argento's statements that she had been abused by film mogul Harvey Weinstein were promptly called into question. That reveals two sides of the same coin. Just because one is right does not mean the other is wrong.

Escalation and simplification — it doesn't appear that 2019 will be a quieter year. Culture must resist threats. You can find out more about 2018's exciters in the cultural scene in our picture gallery.