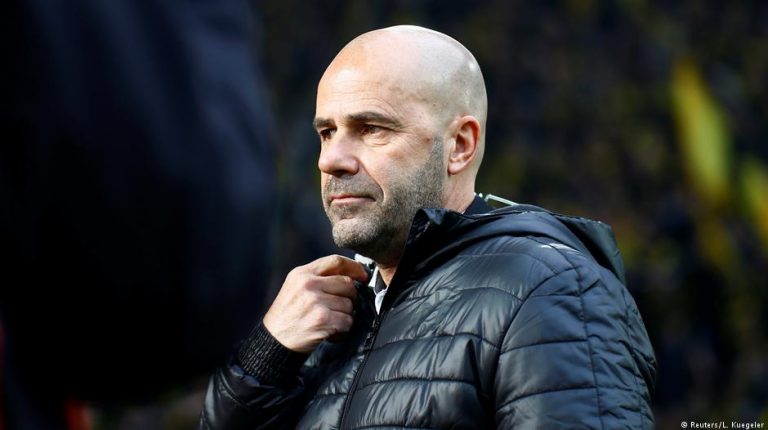 Peter Bosz is back in the Bundesliga, replacing the fired Heiko Herrlich as head coach at Bayer Leverkusen. The former Borussia Dortmund coach has signed until 2020 and will take charge of his first game on January 19.Former Borussia Dortmund coach Peter Bosz is the new man in charge of Bayer Leverkusen after Heiko Herrlich was fired, despite winning four of the last five games.

Bosz guided Ajax to the Europa League final in 2017, but was dismissed by current Bundesliga leaders Dortmund last December after just five months in charge. Leverkusen have given Bosz a contract until June 2020 and he will take charge on January 4, with his first game to be against Borussia Mönchengladbach on January 19 after the Bundesliga's winter break.

After beating Hertha Berlin 3-1 on Saturday, Leverkusen are ninth in the table and seven points off the Champions League places.

Leverkusen's sports director Rudi Völler justified the decision to fire Herrlich after 17 months because of the "stagnation of the team's development". Under the 47-year-old Leverkusen finished fifth in Germany's top flight last season, missing out on a Champions League place on goal difference.

"After a series of unsatisfactory performances in the first half of the season, we are in a situation that calls for a change of coach, from our point of view," said Völler.

Bosz had been Völler's first choice to coach Leverkusen in July 2017, but when the Dutchman opted for Dortmund, Herrlich got the job. "Heiko gave our team an important boost last year after a very difficult season and got us back in international competition," said Völler.

Leverkusen finished top of their Europa League group and will face Russian side Krasnodar in the last 32.