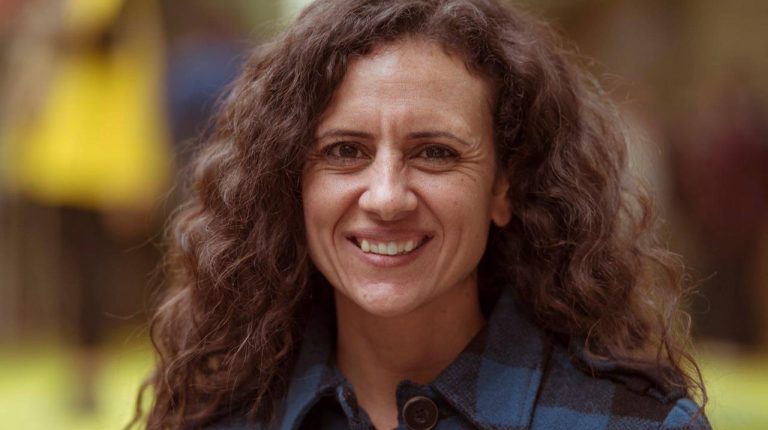 Currently, most youth on a global on scale, especially in Cairo are taking the topic of entrepreneurship as a topic of interest, and subsequently they dream of funding or investment for their startups. Subsequently, the RiseUp Summit contributed towards turning this dream to a reality.

The Rise Up Summit is an annual event which connects both stakeholders and startups together, providing start-up owners with opportunities for exposure, resources, as well as advice.

The event was properly marketed worldwide to the extent that it witnessed for the sixth consecutive year a considerable representation from all over the world during the period from 7 to 9 December.

Thus, this took Daily News Egypt to ponder about this strong exposure of the entrepreneurship ecosystem in Egypt.

Digging further into the subject matter, DNE found that since 2013, the RiseUp Summit partnered with a Public Relation (PR) consultancy named Publicist inc. Noteworthy, this partnership helped propel the entrepreneurship ecosystem exposure in Egypt, but you might be surprised when you discover that the founder of this company is a female entrepreneur called Mai Abaza.

Hence DNE interviewed Abaza to learn more about her journey as a woman entrepreneur, her company’s role in the RiseUp summit, and the obstacles that she faced during her journey in the PR field.

Also, the interview tackled the status of women entrepreneurs in Egypt, including their obstacles and opportunities, the transcript for which is below, lightly edited for clarity:

When and how did your journey in the PR field start?

I graduated from the Faculty of Mass Communication at the American University of Cairo, and specialised in integrated marketing communications; thus my education itself was in the field of the PR.

I was born and raised in Dubai, and after my graduation, I worked for seven years in a PR agency there. During these years I worked with clients across many sectors including the government, ICT, lifestyle, entertainment, retail, and healthcare. My work also included planning, driving, and managing campaigns in the UAE, Kuwait, and region-wide.

In 2009, I returned to Egypt, and worked in a multinational PR company dealing with the

General Authority for Investment (GAFI), where I was managing its global communication campaign in 10 countries around Europe, the Middle East, and Asia.

Then after the revolution this work stopped, so my friend and I thought about opening our own business in the PR field. Then we came to the conclusion to open Publicist Inc.

What services does your company offer?

What are the sectors or fields that Publicist Inc. deals with?

In 2011, the idea of using social media to promote products or services was very basic so we began with working in the restaurants field, but by time we grew to the extent that our work now spans the government, technology telecom, consumer market, entrepreneurship, health care, and many other industries.

Our vision is to be a learning organisation where people come and learn the meaning of being a PR consultant, and to help organisations achieve their objectives through PR.

Who are Publicist Inc.’s most prominent clients?

How many employees does the company have, and out of them how many of them are women?

I have 17 employees, only three of them are men.

The field of PR is highly controversial because some people think the PR is trying to overtake the press’s role, what is your opinion?

For example, some clients came to us at Publicist Inc. asking that journalists publish an announcement for their company since it was launching a new product, but the journalist fond that this was something which was not newsworthy. This is where the role of the PR agency comes in order to meet the expectations of both the journalist and the client, through thinking with the client about the impact of his product on the society and the economy, thereby transforming the announcement the new product into a newsworthy article for both the journalist and the reader.

Could you elaborate on your company’s exact role in the Rise-Up summit?

We are RiseUp’s PR partner since the second year for the summit, providing PR consultancy. We also control the press centre, presenting all the press releases to the journalists, and subsequently dealing with all the conference coverage.

I want to underline that in the first three years of the summit, the company exerted substantial efforts in communicating with journalists and launched for them a two-day workshop to provide them with the required terminology used in the entrepreneurial community, in addition to elaborating on the real meaning of the entrepreneurship community.

As RiseUp mainly focuses startups and technology, what challenges do you think women face in these sectors?

In the technology field, women entrepreneurs face a lot of challenges as investors do not highly regard women-led start-ups, although statistics prove women-led startups are more successful than men-led-startups.

Did women’s representation in RiseUp increase this year compared to previous years?

Through your presence in RiseUp, what is the difference between female and male entrepreneurs?

I think that women always don’t seek to brag about their success, as they always focus on their work on the ground, but they rarely think about marketing their work. For example, throughout the six years of my work with RiseUp, only one woman entrepreneur came to ask about PR consultancy. Thus, this confirms that they are more focused on what they are doing.

Do you think there is enough support from the government towards the entrepreneur ship community and entrepreneurs in general?

It has come a very long way, but definitely there is considerable interest and focus. For example, in the Africa 2018 Forum there was a whole day for entrepreneurship. I think the link that Egypt lacks in order to provide full support for entrepreneurs is to raise awareness and focus in education. It could be, for example, part of the curricula for students to discuss technology, innovation, etc.

As an entrepreneur, what obstacles did you face at the beginning of your

On the personal side, the only obstacle is managing the time between my domestic affairs and the workload, but I want to highlight that I have a strong support system, including my husband and mother-in-law who both support me, in addition to that my work was beside my home which helped me to succeed in managing my time.

On the other hand, regarding large corporations and clients, the stereotypical concept that female entrepreneurs are not as qualified as men still exists.

I want to highlight that sometimes we as women put limitations on ourselves internalising the stereotyped image of women in the public’s mindset which places upon us the nuisance of trying to sever this stereotypical image.

I think there is a challenge that faces entrepreneurs whether female or male which is the lack of knowledge about the legal procedures to establish a new company.

What is your advice for women entrepreneurs?

Do not personally limit yourself.

SHE CAN kicks off on 8 March

‘Egypt Can with Education’ kicks off in Hurghada