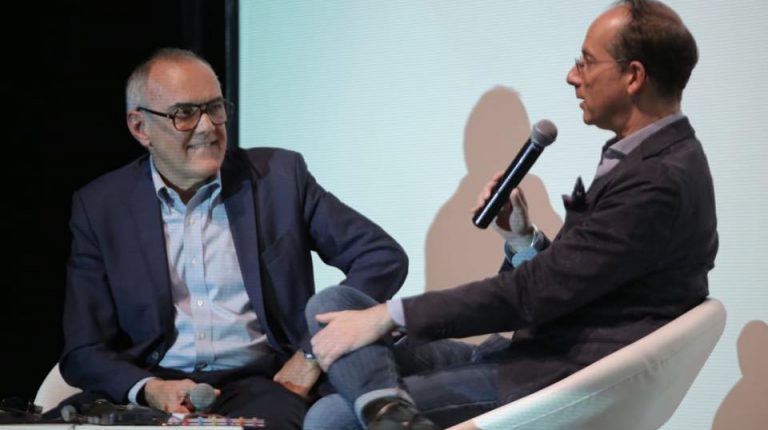 The second day of the Cairo Industry Days hosted a talk by Alberto Barbera, the director of the Venice Film Festival, where he addressed several issues related to world cinema, production, and festival programming.

The session was moderated by Jay Weissberg, a Rome film critic who has been working for Variety Magazine since 2003, and who, in 2016, was appointed director of the Pordenone Silent Film Festival.

Barbera started the session by paying respect and expressing his sadness due to the passing away of Bernardo Bertolucci, the Italian director most famous for movies such as Last Tango in Paris and The Last Emperor, who died at age 77 on Monday.

“It is such sad news. He was one of the greatest Italian masters. He was well known all over the world. He started his career when he was 19-years-old. He deserved many Oscars,” Barbera said adding that “Bertolucci loved cinema more than anyone of us.”

Starting the conversation, Barbera said that when you are preparing a festival, “you have to prepare to balance the anticipation of the press, filmmakers, media, and the audience.”

Barbera said that the relationship between fans and critics has deteriorated, and currently critics have less and less of a role in inspiring the audience. He explained this deterioration arguing that “film critics don’t know how to speak to the fans.”

He added that less and less space is devoted for critique in the media. “Even me, I stopped reading film critique.”

The prominent film programmer also pointed out that the taste of fans has changed. However, he does not agree with the notion that ‘cinema has died’.

“The history of cinema is a story about development and continuity,” he said, adding that “in the Venice Film Festival we have to be careful and follow what is going on in the world” so as to be able to react to the changes.

Concerning the fact that the festival is receiving hundreds of films each year, “We should act towards films without prejudice, and should be relaxed and be open-minded.”

Barbera agreed that festivals need stars to attract attention as well as the press. “It is part of the film industry; however the mistake that you can do is to choose a film only because it has a star.”

On choosing films from the Middle East, Barbera said that the festival is looking for new ways of recounting stories and looking for directors who reflect reality.

Barbera also addressed the rise of streaming outlets which allows audiences to see hundreds of films online on different types of screens. He said that the traditional market is shrinking, as less and less people are going to cinema houses.

“It is interesting that people have the chance to see more films which are being streamed online, but they might miss the chance and the ability to discuss the film, and possibly see the director after the screening,” he said, adding that he believes there should be a new paradigm where online streaming outlets can coexist and live together.

He commented on Netflix saying that “they have an interesting policy in choosing films and picking stories. They have a huge distribution network of 200 million subscribers.”

Watch It: Egyptian Netflix sparks controversy with start of TV drama in Ramadan

We will be supporting car industry in Egypt: EBRD