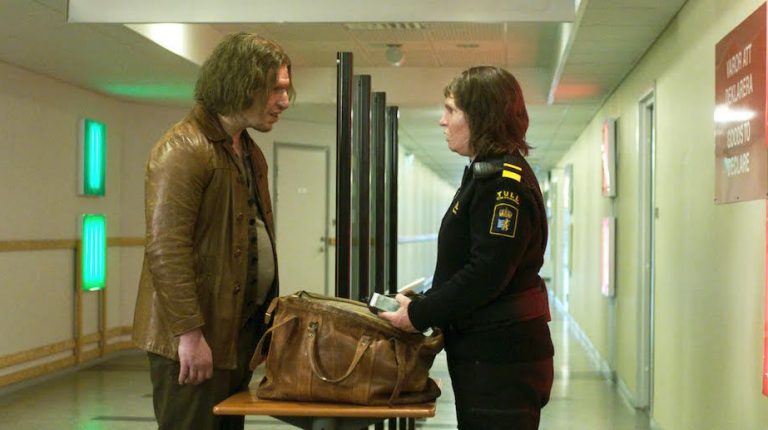 The absorbing second feature from Iranian-born, Denmark-based Director Ali Abbasi is based on a short story by Let the Right One In Author John Ajvide Lindqvist. The film follows a Sweedish customs officer with a talent for detecting guilt, crime, or contraband.

Abbasi’s background in literature made him learn to tell stories through film. The film can be classified as a Nordic noir and a horror thriller. The officer Tina (played Eva Melander) has delivered a convincing and warm performance of an outsider who is eager for human interaction, love, and affection, an outsider who cries inside from the trauma of being different. Her line of work makes her see the worst side of humans, hence she grows fearful of humane interactions. Recognised as one of the most talented of her generation of Swedish actors, Eva Melander has proven herself to be equally accomplished on stage as on screen.

The makeup artist in the film successfully played a great role, in drawing a picture of the female protagonist’s wide forehead and nose, visible body hair,  prominent teeth, things that characterised her as a ‘weird’ person, if compared with ‘mainstream’ looks of other human beings.

Then she meets Vore (Eero Milonof), a suspicious-looking man. In 2016, Milonoff starred in the critically successful film The Happiest Day in the Life of Olli Mäki (directed by Juho Kuosmanen) which won the Un Certain Regard Award at the Cannes Film Festival and gave him a Jussi Award nomination for best-supporting actor.

Abbasi is influenced by Iranian culture and the rich poetic tradition in Iran, as well as a lot of Latin American magical realism as well: Gabriel Garcia Marques, Carlos Fuentes, and Roberto Bolaño, living in these countries.

Tina’s abilities are challenged forever, as she senses that he is hiding something she can’t identify, yet feels an attraction to her. Their physical attraction plays a big role in Tina exploring herself.

Vore comes not only to allow Tina to explore things about herself but also she discovers his intentions, which are hostile towards humans. Abbasi develops a brilliant plot in an “us against them”, but puts an end to it at a reasonable time. Border is observed through the eyes of Tina, and what it argues is crumbling humans, but does not preach violent action against humans. The film puts as observers.

Cinematographer Nadim Carlsen skillfully and strikingly captures moments of supernatural realism,  with landscape forestry views, which can be a source of beauty, anxiety, or loneliness, depending on the characters’ feelings.

‘Back to modernism time concept by Mr president’

We will not leave any person poor: Madbouly