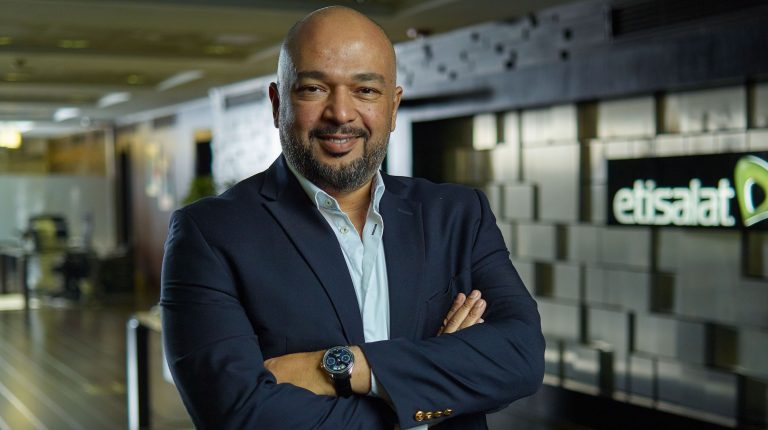 Etisalat Misr will start operating its landline services this week, turning into an integrated communications company. It also increased its investments to EGP 3.5-4.5bn to develop its network next year.

Hazem Metwally, CEO of Etisalat Misr, said that the data transfer service is ​​the largest compared to the company’s telecommunications services, although voice services still designate the largest percentage in revenues.

Metwally stressed that the company is working on several axes to enhance revenues and maintain profitability, including providing better products to customers and declining costs, as the number of customers has been stable for some time.

Furthermore, he said that the company does not need additional frequency bands for two years ahead, and that the market has not yet reached full operation of the 4G.

The telecommunications sector is growing steadily thanks to the economic development in Egypt, and the companies operating in the field are directing their plans and expansions according to the development programme in the country, indicated Metwally.

The CEO pointed out that more investments are directed to data transfer, having the highest potential in smartphone uses, while voice calls have dropped to second.

“We are working to expand and spread mobile stations through two factors: coverage and growing the capacity of stations,” he added.

Etisalat Misr is investing in the mobile network and not only in the stations.

Metwally said that the company has increased its investment for the next year to reach EGP 3.5-4.5bn annually due to the high demand for data transfer.

Etisalat Misr has previous investments which reached EGP 2.5-3.5bn per year, and is now providing its services to Telecom Egypt as part of a local roaming agreement between the two companies.

“We have an agreement with Telecom Egypt for five years to provide local roaming services on our network and we are ready to absorb any growth in Telecom Egypt network,” he noted.

“The local roaming agreement with Telecom Egypt has been amended to become more satisfactory for both parties, and has been extended to five years instead of three.”

The company injected part of its capital increase into restructuring and financing new expansions.

According to Metwally, the company seeks to compensate the decline in selling mobile lines through opening new branches. The company is also in talks with the ministry of communications and information technology (MCIT) to launch a service centre in one of the new technological parks.

Regarding the landline license obtained by Etisalat Misr, Metwally said that Telecom Egypt has signed a commercial agreement with the company to provide its customers with fixed voice services over the fixed line incumbent’s nationwide network.

Etisalat Misr paid $11m for the virtual landline service. The main target is to provide integrated services to consumers.

He expected the sales of new lines to fall, due to the recent increase in prices to EGP 70 up from EGP 15 per mobile line.

Metwally said that these changes limited the growth of the sector, which forced companies to find solutions so as not to affect their profitability and financial performance.

Etisalat Misr does not need any additional frequency bands over the next two years, Metwally stressed.

He noted that the company’s existing bands are enough to achieve its plans. For the 4G license, Etisalat has obtained 10 MW of frequencies, including 5 MW in the 900 band and 5 MW in 1,800 band.

“The new technological services such as Internet, mobile money transfer, and smart city management solutions are the future, and we as a telecommunications company are interested in providing these services,” Metwally said.

“Egypt has been late in providing mobile money transfer services, but has started to take quick steps in this file. The bad market conditions caused that delay. For example, mobile companies got approval for mobile money transfer services in October 2009, and when it started in 2011, the uprising happened. The companies then launched the service in mid-June 2013, but two weeks later the 30 June revolution erupted.”

“This service requires raising awareness of consumers so that companies can achieve profits.”

Etisalat Misr is set to launch Etisalat Services in the field of intelligent solutions for companies during the Cairo ICT 2018.

Jumia One offers 5% cash back on all airtime, mobile bills purchases