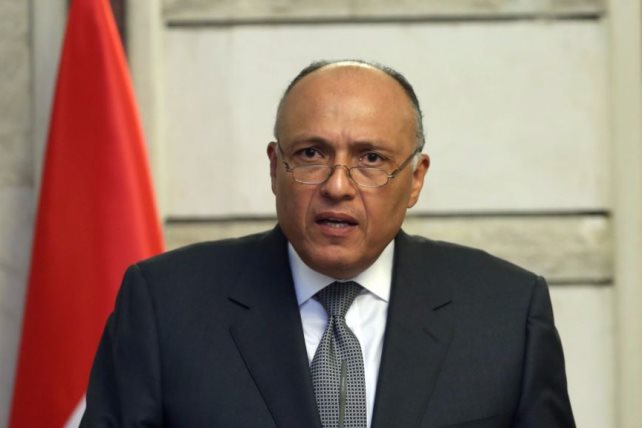 Shoukry and Radev addressed enhancing cooperation in the fields of energy, economy, and trade exchange, as Egypt is looking forward towards being a regional energy centre in the East Mediterranean, according to the foreign ministry’s statement.

Both officials discussed challenges facing the two countries including terrorism, illegal immigration, and crime, as well as security crises in the Middle East.

During the meeting, Shoukry reviewed Egyptian efforts in countering terrorism and the role of Al-Azhar in promoting tolerance and denouncing violence.

Al-Sisi announced during a joint press conference at the time that an Egyptian-Bulgarian joint committee will be formed to enhance bilateral cooperation between the two countries.

This committee will hold its first meeting by the beginning of the next year in Sofia, then in Cairo by mid-2019. It will convene twice every year in the two capitals, according to the Egyptian president.