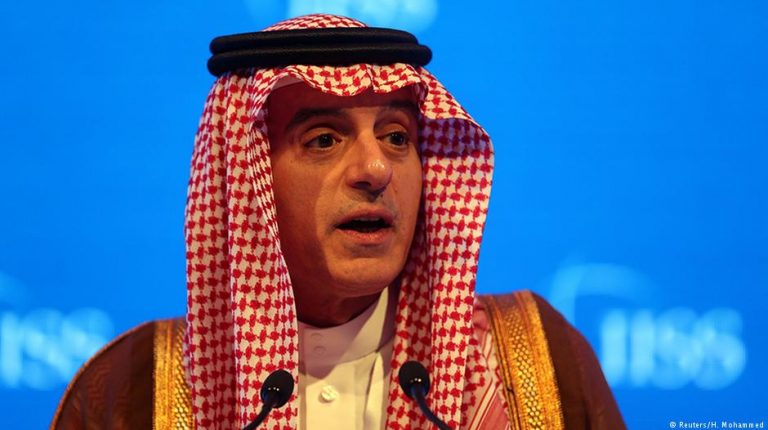 Al-Jubeir told the Saudi-owned Al-Sharq Al-Awsat newspaper in an interview that the kingdom “categorically” rejects such charges as they are not backed up by “conclusive evidence.”

The statements come after the US Central Intelligence Agency was quoted by American media outlets stating that the Saudi leadership directly ordered the murder Khashoggi in the Saudi consulate in Turkey last month.

“The leadership of the kingdom of Saudi Arabia, represented by the king and the crown prince, is a red line, and we will not permit attempts to harm or undermine them,” he added.

US Vice President Mike Pence said there would be consequences for Khashoggi’s murderers but declined to comment on the intelligence agency’s assessment.

“The United States is determined to hold accountable all of those responsible for that murder,” he told journalists on the sidelines of the Asia-Pacific Economic Cooperation (APEC) summit in Papua New Guinea.

Last Thursday, Saud al-Mojeb, the kingdom’s top prosecutor, announced that he was recommending the death penalty for five of the 11 suspects who have been charged with ordering and carrying out the killing of Khashoggi.

He did not name the suspects. In total, 21 people have been arrested in connection with the case.

The prosecutor, however, claimed the crown prince was not involved in the killing. He said the highest-ranking member of the Saudi leadership implicated in the operation was former Deputy Intelligence Chief Ahmad al-Assiri, who has since been fired for ordering Khashoggi’s forced return.

A spokesperson for the prosecution told reporters that plans to assassinate Khashoggi were set in motion on 29 September.

Khashoggi — a Washington Post contributor who often wrote critical columns about the kingdom’s leadership — was killed inside the Saudi consulate in Istanbul on October 2.

Khashoggi entered the Saudi consulate in Istanbul on 2 October to get paperwork for his upcoming wedding. His fiancée raised the alarm when he did not return.

Three of the individuals targeted in Thursday’s sanctions were Saud Al-Qahtani and Maher Mutreb, both of whom are top aides to Bin Salman, and Mohammed Alotaibi, consul general at the Istanbul consulate at the time Khashoggi was murdered.

Op-ed review: Support for Saudi Arabia in the Khashoggi backlash