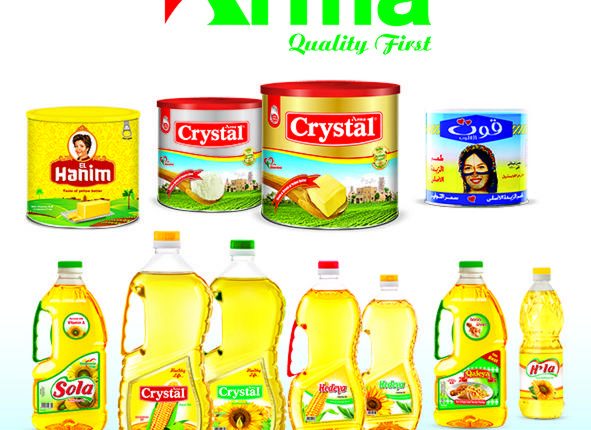 Director of Business and International Markets at the company, Essam Aboul Hamd, said that the company conducts annual expansions by adding new production lines and train labour at their academy.

He added that the cost of new investments amounted to EGP 150m for the entire group, which includes Arma For Food Industry, Arma For Oil, Arma For Detergents and Soap, and CPAC for paper.

He explained that the export volume reached15% of the group’s total production, as the market is big and consumes a lot of oil and detergents.

The group aims to boost exports to 25% of production by 2021, through expanding in current markets and entering new ones, pointed out the business director.

Furthermore, the exhibitions help to give a picture of Egypt and its products abroad, as well as facilitate the export process, and participation in exhibitions increases sales, added Aboul Hamd.

Moreover, he explained that the challenges facing participation in the exhibitions are the high costs borne by companies, and the absence of trade agreements between Egypt and other regions, which increases the prices of Egyptian products and renders them non-competitive in these areas.

He said that the export sector suffers from several crises due to the current political and economic conditions in the countries surrounding Egypt, which impede the ability of local companies to open export relations.

Aboul Hamd also noted the that lack of trade agreements between Egypt and west Africa is also challenging, along with the cheap products exported by some local manufacturers, which drives away possible export opportunities.

US calls for ending war in Yemen