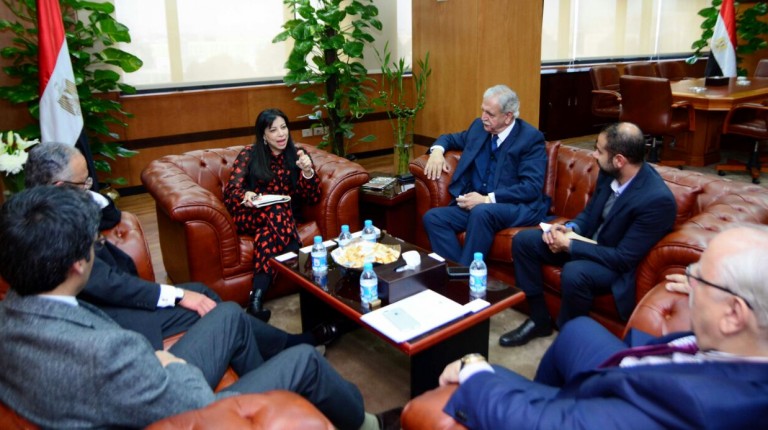 This came during the minister’s meeting with Nasser Kamel, secretary general of the UFM, where they discussed the latest developments related to the union`s efforts to develop and expand joint economic relations between union member countries.

The minister also said that they discussed Egypt’s organisation for the regional forum of the union during the coming year, noting that a large number of investors from all European Union countries will participate in this forum.

Hence, “this forum is considered an important opportunity to present the investments opportunities available in the countries of the UFM in general and in Egypt in particular,” Nassar said.

Notably, Egypt’s organisation of this forum is one of the most important outcomes which was agreed upon during the 10th Trade Ministerial Conference of the UFM, that was held last March in Brussels.

Moreover, Nassar pointed out the importance of intensifying the joint cooperation between union member countries to create new trade links between them through the modernisation of trade agreements signed within the organisation and expanding its geographical scope, which will positively affect trade flow between North and South Mediterranean countries.

Meanwhile, these meetings will be held with the aim of enhancing joint cooperation between Egypt and union members, especially, that Egypt is one of the pivotal countries in the southern Mediterranean, which played an effective role since its participation in the establishment of the union in 2008, he noted,

Kamel said that his talks with the Egyptian ministers will address a number of important topics related to Egypt’s participation in regional sustainable development projects, especially, in the fields of transport and energy, as well as preparation for Egypt’s organisation of the union’s regional forum.