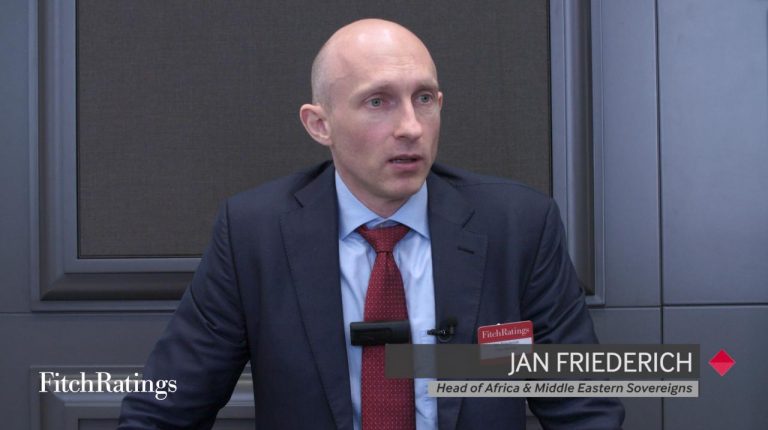 The senior director and head of Middle East and Africa Sovereigns at Fitch, Jan Friederich, spoke about viewing improvements in the country’s economy following an inflationary spike.

Daily News Egypt sat down for an interview with Friederich, and Primary Analyst Jermaine Leonard at Fitch. The transcript for which is below, lightly edited for clarity:

How do you view Egypt’s economic position now? And what challenges face this country’s economy? Also, what do you think of its credit rating?

Fitch recently ( August) affirmed Egypt’s long-term foreign currency sovereign rating at ‘B’, with a positive outlook. The ratings are supported by progress in implementing an economic and fiscal reform programme, and by greater macroeconomic stability and improving external finances, while the large fiscal deficits, high general government debt/GDP, and weak governance scores will continue to weigh on the ratings.

What impression do you have on latest improved macroeconomic indicators? Any thoughts on Economic Reform Programme with IMF? The positive outlook on Egypt’s sovereign ratings reflects

the improving trends across a number of Egypt’s credit metrics. Egypt has witnessed gradually stronger growth, disinflation following an inflationary spike, smaller current-account deficits, and a rebound in FX reserves.

These improvements follow the sharp depreciation of the Egyptian pound and the raft of other reforms pursued since late 2016, including substantial fuel price increases as part of ongoing subsidy reforms. The $12bn Extended Fund Facility programme that the authorities signed with the IMF in November 2016 has been a key institutional support to these reforms.

How do you view 2018/2019 public budget targeting deficit of 8.4% GDP? And GDP growth 5.5%? Are they realistic? How do you view management of fiscal policy in our country?

Public finances will remain a key weakness of Egypt’s credit profile, but the trend is positive, with the budget deficit and government debt improving in F Y 2018 largely in line with expectations. The government is targeting a budget deficit of 8.4% of the GDP in FY 2019 and a primary surplus of 2% of the GDP. Fitch’s forecasts are slightly worse, at 8. 8% and 1. 6%, respectively.

Regarding increase of Egypt’s FX reserves to $44bn, can you comment on that?

The sharp increase in Egypt’s FX reserves, to $44bn at the end of June from $36bn at the end of 2017, was underpinned by a narrowing of the current account deficit, driven by increased tourist remittances and non-oil export receipts. In addition, there has been a surge in non-FDI inflows into the financial account, given substantial bond issuance, multilateral and bilateral loans, as well as other commercial loans and portfolio inflows. The reserves build- up occurred despite around $5bn of capital outflows, since May, as investors drew back from emerging markets.

A timeline of Greece’s long road to recovery

Egypt started implementing largest budget in its history on Sunday

Qatari crisis: Stagnant boycott with no prospects for resolution