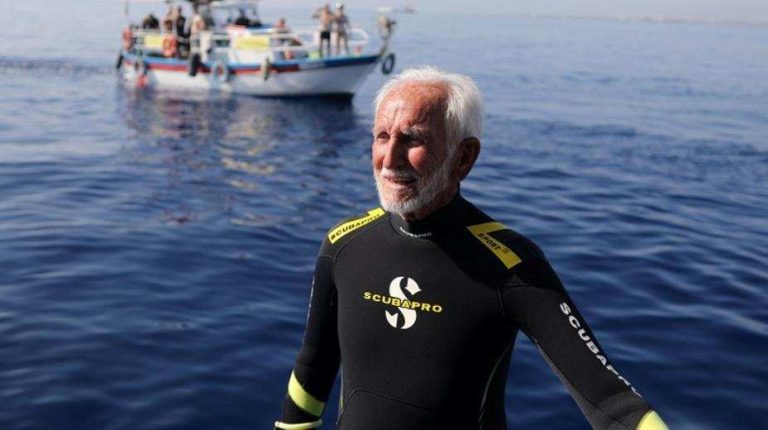 Being 95 did not prevent Ray Woolley, a British World War II veteran, from breaking his own diving record and having his name secured in the records as the oldest scuba diver.

Woolly broke the world record by diving for 44 minutes at a depth of 40.6 metres in Cyprus, while exploring a shipwreck off the southern Cypriot town of Larnaca, according to Reuters.

He broke his own record of being the oldest male scuba diver, which he had achieved last year by diving for 41 minutes and 38.1 metres at the age of 94.

Woolly said that he had first visited the shipwreck in 1982, not knowing that years later he will internationally score a record at the same place.

“We did it…I feel great. It’s lovely to break my record again and I hope if I can keep fit I will break it again next year with all of you,” Woolley was quotes saying right after getting out of the dive, according to Reuters.

He was a radio operator at the World War II. Diving was always his lifetime passion. He has been practicing it for 58 years.

“I am trying to prove to myself, and I hope to other people, that exercise, especially when you are getting around to my age, is most important to do,” he added after returning to land.

Beethovenfest: Composers, their fates, their music