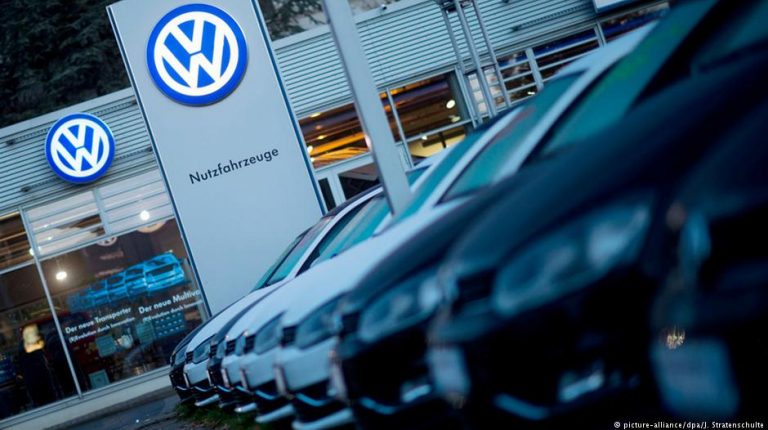 Ebbing interest in diesel-engine vehicles and more public holidays caused car sales in Germany to decline in May compared to a year earlier. But experts said the domestic car market remains in good shape overall.Sales of new cars in Germany plunged in May, official data from the KBA vehicle licensing authority showed Monday.

A total of 305,000 new cars hit German roads last month, marking a drop of 5.8 percent year-on-year. Of those, just 95,000 cars were diesels — that’s a staggering 27 percent less than in the same month a year earlier.

The slide may be linked to numerous news articles warning of the possibility of partial bans on diesel vehicles in future, in several major German cities. Hamburg is the first German city to ban older diesel cars from two stretches of road to combat air pollution, with other cities considering similar restrictions.

Diesel’s reputation was dealt a major blow when German automaker Volkswagen admitted in 2015 to installing software in millions of cars worldwide designed to cheat in emissions tests by means of software ‘defeat devices’ which adjusted engine operation to a cleaner-burning mode only when diesel cars were in emissions testing laboratories.

Since then, concerns about pollution and the falling resale value of diesels have seen consumers turn away from the technology.

The VDIK foreign carmakers’ association insisted, though, that the German passenger car market continued to be in solid shape, with one-off effects such as two additional public holidays in May distorting overall results.

The association noted that sales from January to May were up 2.6 percent compared with the same period a year earlier.

Nonetheless, diesel accounted for 38 percent of newly registered cars in 2017, down from 45 percent a year earlier. The decline had continued into 2018, KBA officials said.

Despite the negative headlines, German car giant Volkswagen remained the nation’s most popular auto manufacturer in May, accounting for 20.9 percent of all car sales in Germany last month, while luxury brands BMW and Mercedes saw their sales fall by 16 percent and 13 percent respectively.