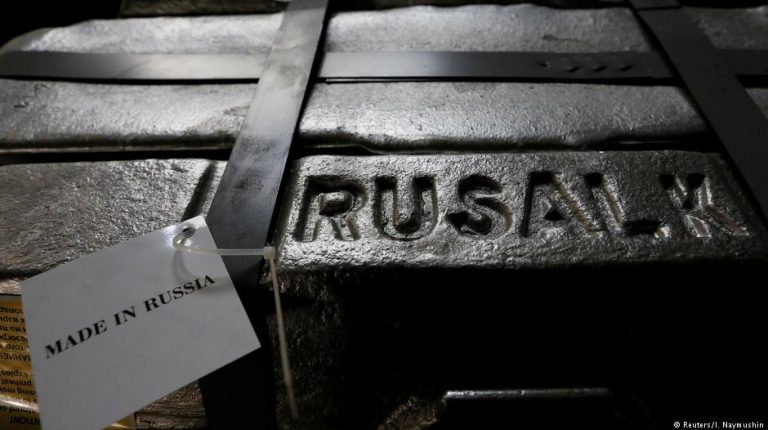 The billionaire is to reduce his holding in Rusal’s holding group to less than 50 percent. Deripaska is one of several tycoons facing US sanctions after being accused of operating for the Russian government.Russian aluminum tycoon Oleg Deripaska will resign from the board of his holding company En+ Group plc, a 48 percent owner of Russia’s largest aluminum producer Rusal, the company said on Friday.

The billionaire will also shrink his stake in En+ to less than 50 percent, after the US imposed sanctions against him and his businesses earlier this month in response to what Washington described as Russia’s “malign activities.”

Deripaska currently owns 65 percent of En+, which is listed in London, and which also manages his hydropower assets.

En+ also requested that the US extend a May 7 deadline it has given banks to divest or transfer debt, equity, or other holdings in the company.

Rusal, meanwhile, said it would overhaul its own board and management in hopes of persuading the US to lift the measures against the firm.

Two sources familiar with the matter told Reuters on Friday that Rusal would soon appoint a fully independent board that in turn would install a new management team.

The sanctions, which caused major volatility in world aluminum prices, were issued in the wake of the diplomatic crisis caused by the Russian spy poisoning scandal in Britain.

Washington accused Deripaska of operating for the Russian government. Other magnates hit by the measures include the director of state-owned energy giant Gazprom, Alexei Miller.

US authorities said earlier this week they would consider lifting sanctions on Rusal if Deripaska ceded control of the company. It then began easing some of the measures against the firm, saying it did not want to hit “the hardworking people who depend on Rusal”.

If Rusal’s restructuring fails, it could be forced to halt aluminum exports to the US for good. The sanctions will prevent the targeted companies from doing business in the US or with US nationals from October 23.

The Hong Kong-listed Rusal lost almost 60 percent of its share value after the imposition of sanctions. It saw customers stop buying its aluminum and creditors scramble to offload debt.

En+ has seen its stock soar in recent days, after the US hinted at an easing of sanctions if Deripaska gives up control of the firm.