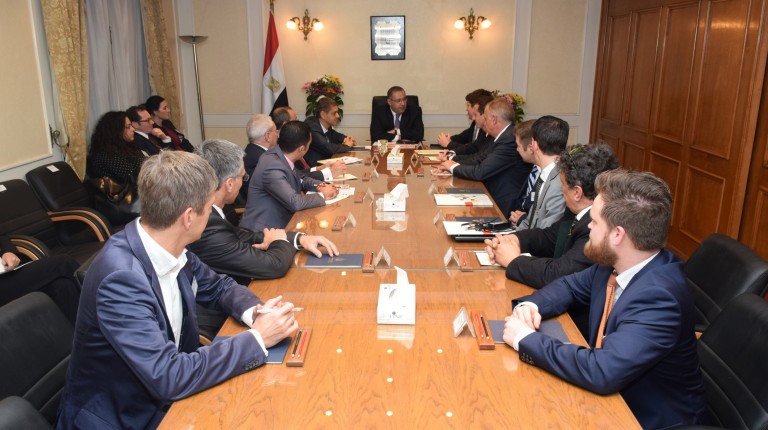 Considering the economic relations between Brazil and the Arab region, Temer said that despite the robust trade growth, the two sides must work together to bring it to the next phase of development and open broad areas of investment and cooperation.

Temer added that the coming period will witness the overcoming of all obstacles that impede the progress and prosperity of Brazil’s relationship with the Arab world at various levels.

For his part, Ibrahim Al-Zabin, ambassador of Palestine to Brazil and dean of the Arab Diplomatic Corps, pointed in his speech to the need for easing the bureaucratic procedures that hinder the entry of Arab products into the Brazilian market.

He also called on Brazil to support the Arab countries that seek to join the Mercosur trade bloc, based on Brazil’s influential role in decision-making among the member countries.

Nidal Abou Zaki, managing director of Orient Planet Group, said during a panel session entitled “Social Media, Press, and Tourism in the Arab world” that Arab countries should take serious and deliberate steps to improve their image in the minds of foreign communities.

He pointed to the importance of social media and the press in developing historical bilateral relations and activating the cultural communication between the Arab world and Brazil, which reflects positively on the process of managing countries’ reputations, which in turn supports economic and trade relations between the two sides.

A series of lectures were also held on the sidelines of the forum under the theme “Economic Scenarios: Brazil and Arab Countries” followed by panel discussions on several topics, such as technology and innovation, food security, and increasing trade in the halal sector as Arab countries are considered one of the biggest markets for halal products.

The participants in the forum also discussed current investments and future opportunities between Arab and Brazilian enterprises.

They also discussed the need to establish an Arab-Brazilian bank with large capital to meet the growing needs of the two sides, for joint initiatives to develop biomedical and engineering industries, to develop the transport sector to enhance inter-regional trade, and the need to establish mega investment projects in heavy industries, logistics, and renewable energy, among others.

Last December, Egyptian Minister of Trade and Industry Tarek Kabil revealed that the value of trade exchange between Egypt and Brazil during the first nine months of 2017 amounted to about $1.8bn, pointing out that Egyptian exports to the Brazilian market achieved an increase of 102% over the same period in 2016.