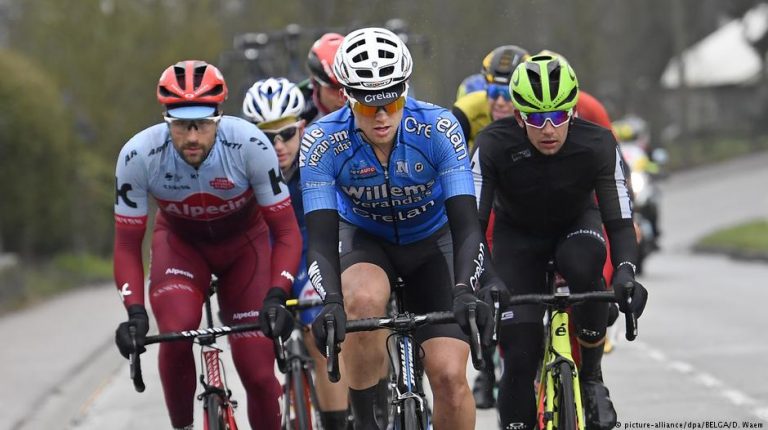 Belgian cyclist Michael Goolaerts was left fighting for his life after suffering “heart failure” at the Paris-Roubaix one-day classic. His team, Veranda’s Willems, have asked to refrain from speculation on his condition.Michael Goolaerts has been left in a life-threatening condition, according to organizers, after being airlifted to hospital having been found unconscious and not breathing by race doctors on Sunday.

They were the first to try to resuscitate Goolaerts on the scene before the fire brigade and an emergency mobile medical team took over.

Goolaerts’s team, Veranda’s Willems, had earlier said on Twitter: “We kindly ask to refrain from speculation as we wait for an update on his situation.

“Our thoughts are with his family and friends now. Thank you for the kind messages.”

The 257km race, which was eventually won by world champion Peter Sagan, is known as the ‘Hell of the North’, in part because of the numerous crashes its treacherous cobbles provoke.