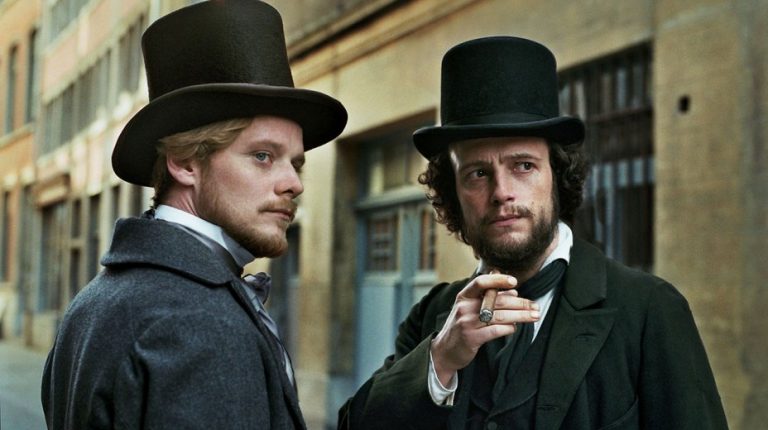 The year 2017 witnessed several well-made films, from the perspective of international film critics. Nevertheless, the unique experience of Haitian director Raoul Peck deserves a special reception and a thorough analysis. In the film, he showed, with exquisite craftsmanship and cinematic techniques, the sincerity and love which he made his well-received film with.

The Young Karl Marx was celebrated at international film festivals, and premiered at the Berlin Film Festival as a new experience trying to resurrect a tale that is decades old, a tale that is usually narrated with many errors and negative bias.

These negative attitudes towards the biography of economic philosopher and theoretical genius Karl Marx and his comrade and faithful friend Friedrich Engels have been wiped out by the director. The two-hour film, which at moments lack in depth, follows the intellectual journey of Marx and Engels to change and revolutionise the world.

German actor, August Diehl, was able to show the humane aspects of the life of Karl Marx, a young man with a strong personality who lives a traditional life with his wife and children and fights for the rights of European workers, who were crushed by the first industrial revolution as they were forced to breathe in the smoke of their factories for the sake of the glory of Europe, without regard for their humanitarian conditions. They were deprived of their economic and social rights by businesspeople and capitalists. This is what energised Marx and pushed him to rebel against such conditions, and to offer alternatives to those impoverished who could not express their voices. Accompanying him on his journey of lift this injustice from the souls of workers is his bourgeois British friend Engels.

Over the course of two hours, Peck managed to present the character of Marx in a different manner, other than the stereotypical depictions that he was trivial and a showman, who liked attention, while depending on the money of his rich British friend Engels, whose role was played by German actor Stefan Konarske. Peck depicted the youthful revolution in both men and managed to clash with conservative audiences by heavily criticising the patriarchal family-oriented society as well as pointing out the criminal role the religious institutions often had in helping capitalism to impose and justify injustice and poverty.

Peck challenged having a love story in his film, although there was space to portray the love story between Marx and his wife, or between Engels and his Irish worker girlfriend. Nevertheless, he decided to focus on the friendship between the two comrades, and the collective rebellion they joined against the miserable struggle Europe’s poor were living in. The film also focused on the very differences of opinion and strategy that occurred in the very first communist groups: differences that usually took place between reformist trends who refused the status quo but demanded a reformist way to oppose the system. Marx and Engels, will defy that opinion, with their first, and most important, piece of political literature, the Communist Manifesto, which Peck ends the film with rather than showing the rest of Marx’s life. Peck wanted to shed light on this important moment in time, which produced one of the few books that changed history.

‘Western’: a feminine critique of the male ego

‘Kiss Me Not’ participates at 14th DIFF