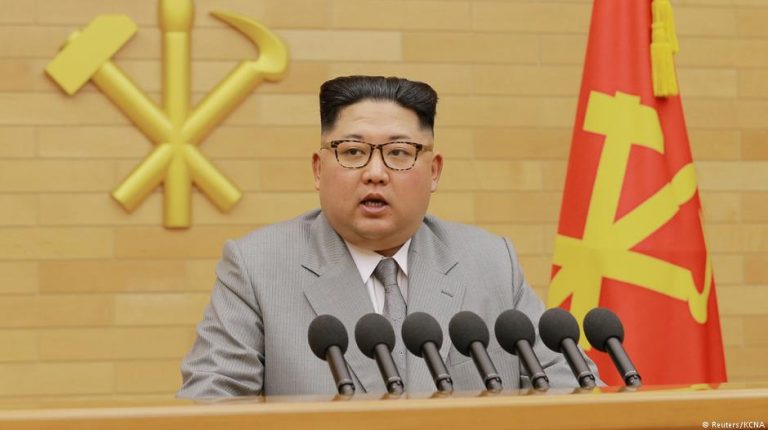 North Korean leader Kim Jong Un has given a first indication that Pyongyang could send a delegation to the 2018 Winter Olympics, which will take place in the South. Kim said authorities “should meet in the near future.”Despite mounting tensions in the Korean peninsula over the North’s nuclear weapons program, the North Korean leader conveyed a rather peaceful message in his New Year’s speech to the nation.

“I sincerely hope the Pyeongchang Winter Olympics will be staged successfully,” said Kim, adding that his country was “willing to take necessary measures, including to dispatch our delegation.”

Kim also suggested that both countries should set up a meeting to discuss the prospect of the North Korean team’s participation in the Games.

South Korea’s Blue House gave a positive response to Kim’s speech. “Should the Olympics be staged successfully, it will contribute to peace, not only in the Korean peninsula but in the region and the world as well,” a statement said.

“We’ve been preparing for the Olympics under the assumption that the North will eventually take part in the games,” said Lee Hee-Beom, who heads the committee, while adding that his organization welcomed the idea of having talks with the North.

The 2018 Winter Olympics will take place between February 7 and February 23.