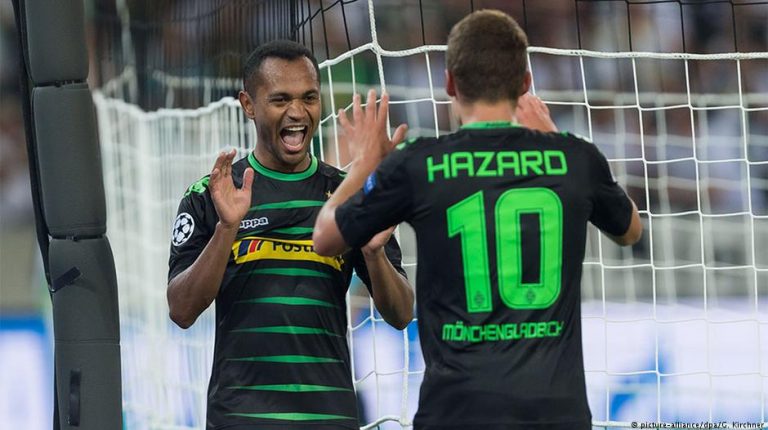 Since avoiding relegation in the 2010/11 campaign, Borussia Mönchengladbach have been a staple of the top six. After missing out last season, the Foals are showing signs that their European absence may have been a blip.In Schalke, Bayer Leverkusen and Gladbach, last season saw three sides well versed in competing for European qualification take their eyes off the prize, but their experience is now aiding their assault in a hotly-contested season.

With just over quarter of an hour on the clock at the scoreline at 1-1, Gladbach’s game against a Hamburg side battling relegation could have gone a number of ways. We’ve seen it before, the plucky underdog grabs a dramatic winner or holds on for dear life in the closing stages to snatch a point.

Unlike in recent games though, this time around the Foals’ made their chances count to secure a 3-1 victory, keeping the pressure on the sides around them and ending a three-game winless streak.

At the forefront of their impressive record in the first half of the campaign, not head coach Dieter Hecking, who is still trying to prove he’s cut out at the helm of a side pursuing regular European football, but a trio that wouldn’t be out of place in a 90’s sitcom.

‘Foaling around’ with Lars, Thorgan and Raffa

You’ve got the captain Lars Stindl, main character. Whilst being the focal point of the show, he has a penchant for teeing up his co-stars to deliver the punchlines in front of goal.

Having his best season to date and on course to book a place in Belgium’s World Cup squad, Thorgan Hazard plays the younger, cheekier version of Stindl. Proving a hit on and off the ball, the 24-year-old is showing glimpses of brilliance that suggest he’ll soon be ready to step into the lead role.

Last, but not least, you’ve got Raffael. The Brazilian had a hand in all three goals against HSV, netting twice himself and, whilst he may look like the crazy uncle to a certain extent, he’s really the humble character who has been around for several seasons, doling out pearls of wisdom one game at a time.

The Gladbach show still to fulfill its potential

Members of supporting cast have had their time in the spotlight, but it is they who have the greatest room for improvement. Jannik Vestergaard and Matthias Ginter have scored three goals apiece this season, but Gladbach didn’t keep a clean sheet in any of the nine games leading up to the winter break.

Injuries have deprived the Foals’ midfield of influential players whether it be Christoph Kramer protecting the defense or summer signing Vincenzo Grifo’s creative spark in the final third. Yet that isn’t enough of a reason to excuse the inconsistency that threatened to see them end the calendar year on a bum note.

Gladbach are primed for a European charge, but should they want a return to Europe’s top table in the UEFA Champions League, which is within their grasp, they’ll need to learn the lessons of the first half of the season. While Stindl, Hazard and Raffael are a joy to watch and invaluable to the club’s aspirations, the real test is to see if other players can emulate the standards of this dynamic trio. That could turn the Foals into a force to be reckoned with again.