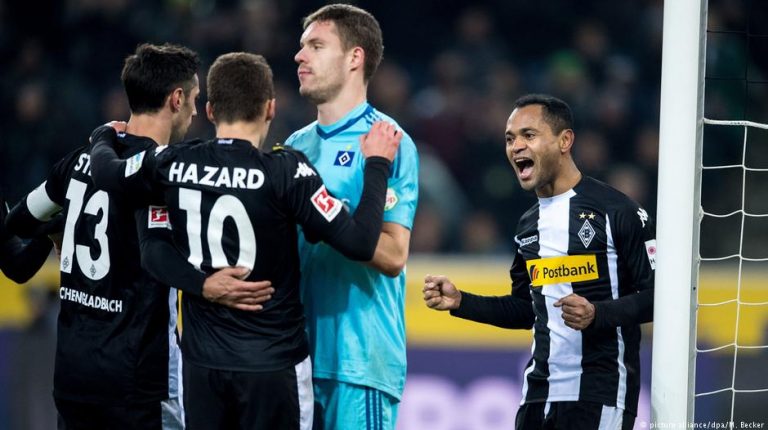 Dieter Hecking’s Foals were like lightning out of the gates on Friday night, dominating the early phases of play and opening the scoring within 10 minutes. By the time Thorgan Hazard put them ahead, defender Reece Oxford had already rattled Hamburg’s crossbar from one of several early corners.

But Gladbach struggled to put the fixture to bed, and their old boy Andre Hahn put the result in serious doubt by finishing off Aaron Hunt’s intelligent through ball. His former employers weren’t impressed, especially seeing as they’d given him a commemorative gift before kick off.

But the Foals were able to secure three deserved points, as Raffael netted twice in quick succession to finish the fixture. Thorgan Hazard’s unselfishness was crucial in creating the killer blow with 10 minutes remaining.

Still to come on Matchday 17…