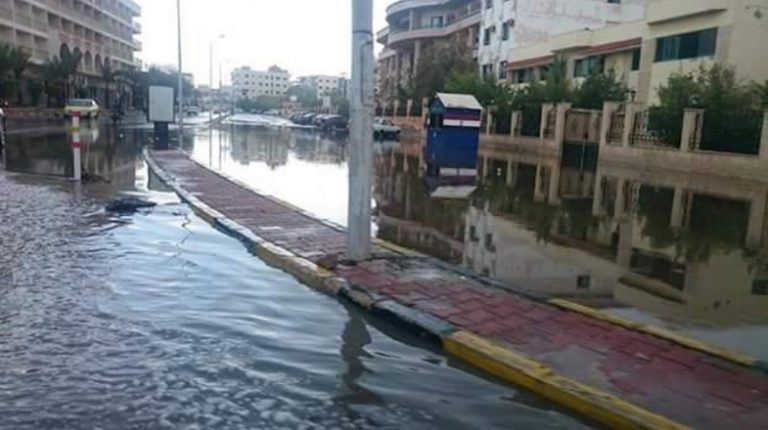 Abdel Aaty briefed President Abdel Fattah Al-Sisi Sunday on the preventive measures undertaken by the government against flood disasters, from which Egypt suffered in the past couple of years.

This also comes as Al-Arish city council said necessary equipment have been put in place, including sewage pipes and shelters, the latter which will be opened to citizens in case of floods, state-media reported.

Last October, at least 18 people were killed and 72 were injured following three days of heavy flooding in different governorates across Egypt. The Sinai Peninsula and the Beni Suef and Red Sea governorates were all affected.

Alexandria was severely hit by heavy rains in 2015, which resulted in deaths, street flooding, and power cuts.

In 2014, Red Sea cities in Southern Sinai, such as Taba and Nuweiba suffered financial losses of hundreds of millions of Egyptian pounds as a result of floods. According to Sami Soliman, the president of the Investors’ Cooperative in Nuweiba-Taba, this negatively impacted airports, roads, and hotel occupancy.