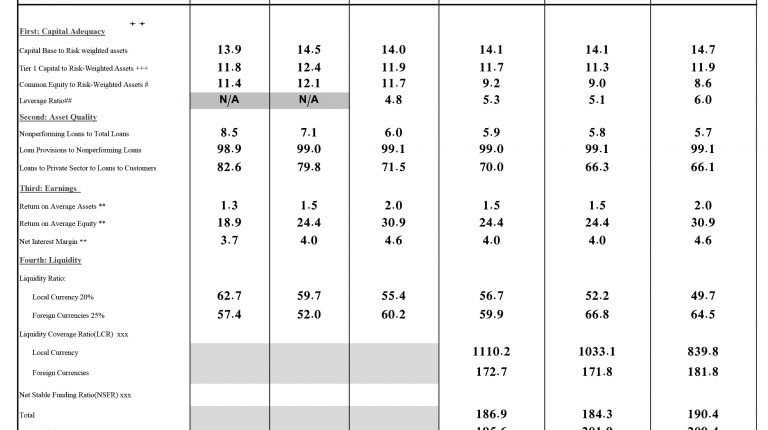 The new board of directors of the Suez Canal Bank, headed by Hussein El-Refaie, will complete preparing the bank’s strategy and work plan for the coming period soon in order to begin implementing it in the near future.

El-Refaie told Daily News Egypt that the new administration aims to expand the bank’s customer base, increase the number of its branches, offer different banking products, and focus more on corporate loans.

According to preliminary features of the plan revealed by El-Refaie, the bank will add 10 new branches in 2018 across the republic, including the Suez Canal governorates, to reach 50 branches in Egypt.

El-Refaie explained that the bank currently has 36 branches and will open two more in Nasr City and the 5th Settlement within the coming two months, with plans to contract for two more branches in Nasr City and 6th of October City, which will be opened before the end of 2017, boosting the total number this year to 40 branches.

Moreover, the Suez Canal Bank has seven branches in the Suez Canal governorates, including four branches in Suez and one branch in Ismailia. He stressed that presence in the canal area is one of the prominent targets of the bank.

In a different context, El-Refaie said that the Suez Canal Bank aims to boost the size of the small and medium enterprise loan portfolio to EGP 400m by the end of 2017, compared to EGP 300m and EGP 140m in the beginning of the year.

Last week, the bank signed a contract with the Micro, Small, and Medium Enterprises Development Authority worth EGP 100m to finance these projects.

El-Refaie stressed that the SME sector is a top priority for Suez Canal Bank’s strategy and aims to reach the target ratio of 20% of the total credit portfolio within the next three years, because these projects are particularly important at this stage as the starting point for comprehensive development.

He pointed out that the bank has launched a special department to finance these projects, has attracted a number of workers in the sector, and is attracting more leaders during the next phase.

In response to another question posed by Daily News Egypt on the role of the bank in financing micro-projects, El-Refaie said that the bank is financing these projects at present by lending to companies and associations working in this field.

He noted the bank’s contribution of EGP 75m in a joint loan arranged by Tanmeyah Micro Enterprise Services led by Banque Misr.

In a related context, El-Refaie said that the Suez Canal Bank has financed foreign trade operations worth $500m between the flotation of the pound on 3 November 2016 and August 2017.

“Suez Canal Bank is building a decentralised retail management and has attracted a number of experts to this administration from other banks, in preparation for launching this activity and providing advanced technological services in line with the aspirations of young people in the coming period,” he stressed.

Finally, he noted that the bank has managed to attract about EGP 500m through the Harvest Certificates it offered recently, adding that the total deposit portfolio at the bank reached EGP 29bn, while the loan portfolio is at EGP 9bn.

How can the economic zone of the Suez Canal lead the development?